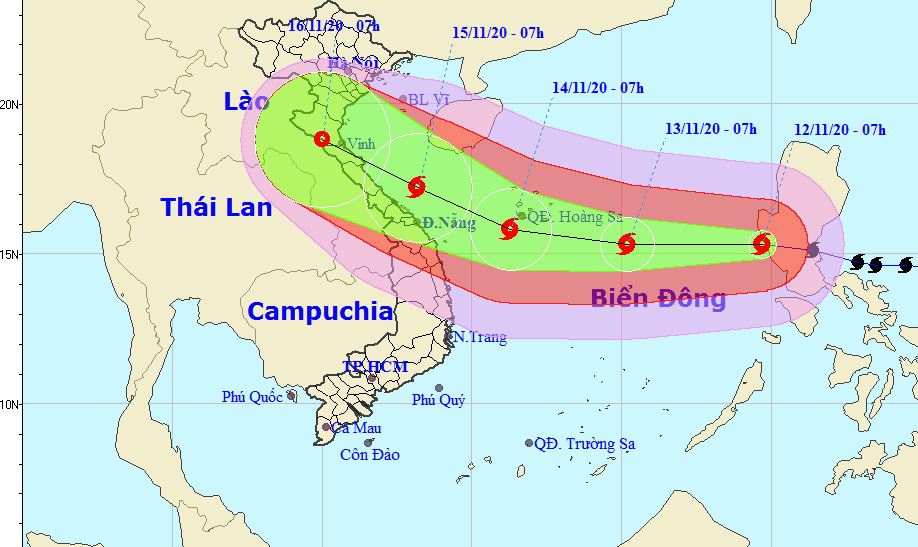 Typhoon Vamco has become the 13th storm to hit Vietnam in 2020 after entering the East Vietnam Sea on Thursday morning.

The storm was located at 730 kilometers southeast of Vietnam's Hoang Sa (Paracel) archipelago as of 10:00 am on Thursday, according to the National Center for Hydro-meteorological Forecasting.

Average wind speeds of 115-135km per hour and gusts of up to 183km an hour have been recorded.

Vamco is expected to travel west over the next 24 hours and will reach about 300 kilometers southeast of Hoang Sa by 10:00 am on Friday.

It will then head northwest over the following 48 hours until it hits the coast from Ha Tinh Province to Quang Nam Province on Sunday morning.

Meterologists expect rough seas and high waves in the northern and central parts of the East Vietnam Sea in the coming days.