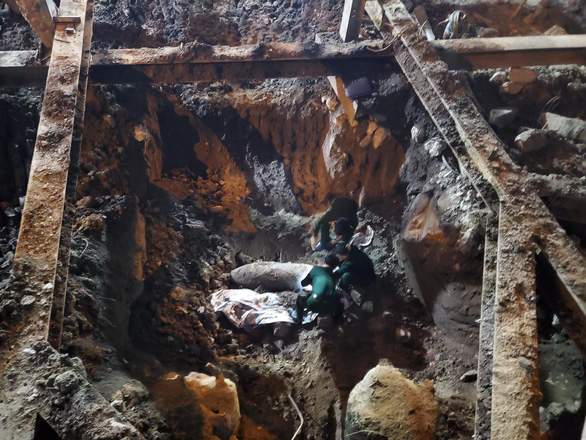 An unexploded wartime bomb was found in Hanoi this weekend when construction workers dug the foundation for a public office building.

“Due to its excessive mass, the bomb will be left to the discretion of the Ministry of National Defense," Chien told Tuoi Tre (Youth) newspaper, quoting the Hanoi Capital High Command.

“Relevant agencies are probing the scene before settling on a procedure to handle and unearth the ordnance."

The bomb was uncovered by construction workers who were working on the foundation of the Power Transmission Company No. 1 office building at 15 Cua Bac Street.

Authorities in Truc Bach Ward and Ba Dinh District have mobilized officials to patrol and cordon off the scene.

They have also worked with the district’s military command to investigate and report to the Hanoi Capital High Command.