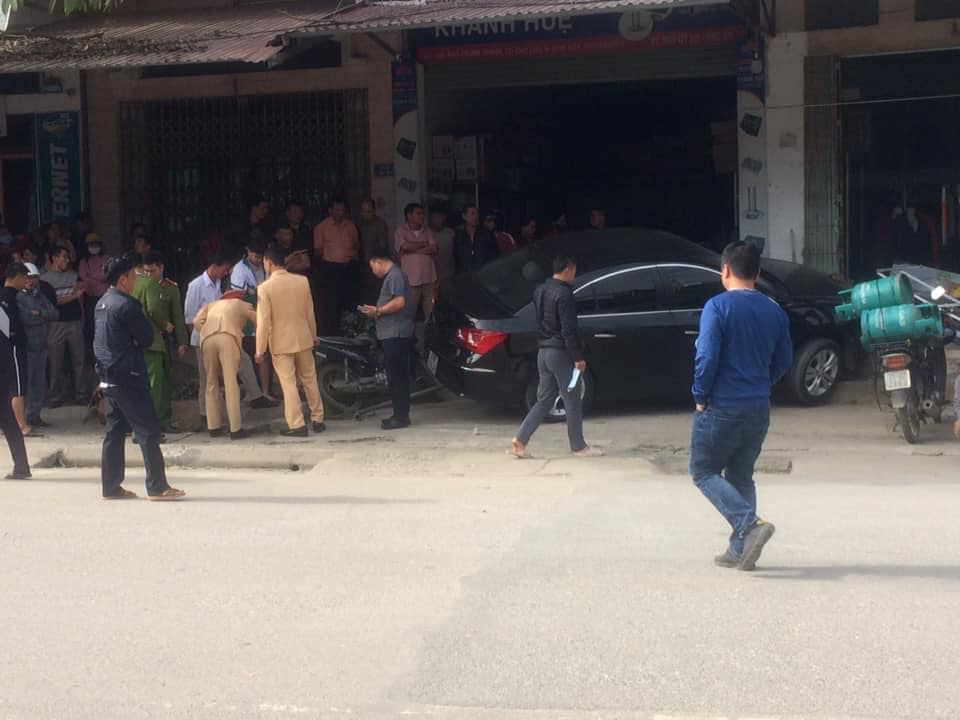 Authorities in the northern Vietnamese province of Thai Nguyen are hunting for an unlicensed car driver who hit a man and his son to death on Sunday.

Ly Viet P., 41, was carrying his son, 12-year-old Ly Hai U., on a motorbike when they were hit by an automobile driven by Bui Van Nam, 30, which was running in the opposite direction.

The car only stopped after crashing into a house on the side of the street.

P. was killed on the spot, while U. succumbed to his serious injuries after being rushed to the hospital.

Nam left behind the vehicle and ran away following the crash.

Preliminary investigation showed that the driver had lost control of the car as he was traveling at a very high speed.

Nam, who does not have a driver’s license, borrowed the automobile from his friend to attend a party at a local restaurant.

The accident occurred on his way home.

Police officers have initiated a manhunt for Nam.

As he did not turn himself in, officers were unable to check whether he was under the influence of drugs or alcohol at the time of the accident.