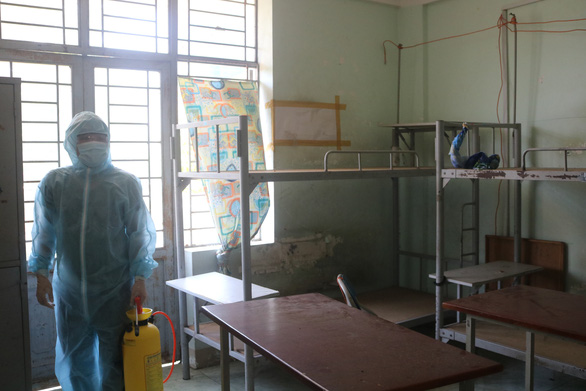 Vietnam reported seven imported COVID-19 cases and zero local infections on Wednesday, according to the Ministry of Health.

Six of the new patients are Vietnamese while the other is an Indian expert, the health ministry said.

They were all quarantined upon arrival and are now isolated for treatment in Khanh Hoa Province, Dong Nai Province, Da Nang, Can Tho City, and Hanoi.

Vietnam has announced three local infections, recorded in Ho Chi Minh City, since Monday, after it had gone nearly three months without any known domestic case.

The three were traced back to an infected patient who flouted quarantine rules.

Educators have told about 100,000 college students to stay home as the patients’ contacts had visited different campuses.

Vietnam has recorded 1,358 coronavirus patients as of Wednesday night, with 1,201 recoveries, including six announced on Wednesday, and 35 virus-related deaths, according to the Ministry of Health.

The Southeast Asian country began denying entry to foreign nationals on March 22 but the government allows foreign experts, skilled workers, investors, and diplomats to enter the country on a case-by-case basis, subject to mandatory quarantine.