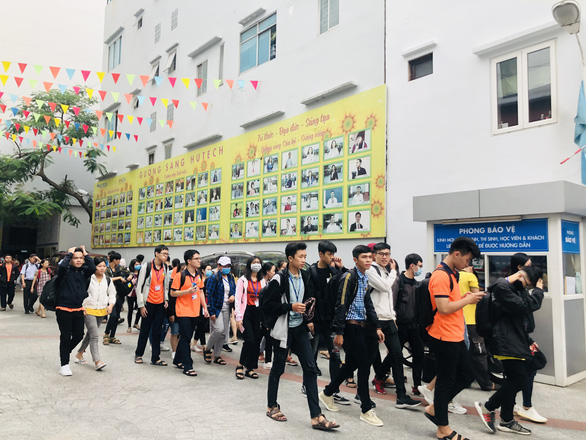 Nearly 100,000 students stay home due to 2 coronavirus infections in Saigon

Several schools and universities in Ho Chi Minh City have asked a total number of about 100,000 students to stay home as one of the newly-discovered COVID-19 patients studied at a campus while a handful of the students came into direct interaction with another infection case.

Nguyen Quoc Anh, vice-rector of the Ho Chi Minh City University of Technology (HUTECH), said that the university sent an announcement to all of its students, which are more than 30,000, asking them to take a break between Wednesday and December 6.

HUTECH will wait for the instruction from the Ho Chi Minh City Center for Disease Control to decide on the school resumption.

In addition, the university also notified the families of the students about the school break for COVID-19 prevention and control.

The school closure came as one freshman in the English language major for distance education, who is a Vietnam Airlines flight attendant and was confirmed as COVID-19 patient 1,342 on November 29, had attended class on November 22. He also practiced phonetic exercises with his lecturer.

Vice-rector Anh said on Tuesday night that two lecturers of the university were sent to a centralized quarantine facility, with 25 of its students to follow suit shortly afterward.

Disinfection was scheduled for HUTECH’s entire campus on Wednesday morning.

In the same move, the Ho Chi Minh City University of Foreign Languages and Information Technology (HUFLIT) on Wednesday morning issued an announcement to tell all of its 10,000 students to stay home from Thursday through December 6. The school will issue a new notice after that.

Nguyen Anh Tuan, rector of HUFLIT, explained that the university’s campus in District 10 is located quite close to the places that patient 1,347 visited, including the Highlands Coffee shop in Van Hanh Mall on Su Van Hanh Street, the ICOOL karaoke parlor at 120 Thanh Thai Street, and the branch of KEY English Center at 285/24 Cach Mang Thang Tam Street, Ward 12 in the same district.

Patient 1,347 is an English language teacher and a friend who had come into close contact with patient 1,342 during the latter's self-isolation at home.

“Teachers and students were quite worried about the situation, so the school decided to let all students leave school until the end of December 6,” said Tuan, adding that the university’s studying activities will move online.

Meanwhile, Ton Duc Thang University will seal off its main campus in Tan Phong Ward, District 7, where about 23,000 students are studying, from Wednesday to December 6. The students will study online instead.

A student from the university’s faculty of electrical and electronic engineering, T.H.T., attended a class of patient 1,347 in District 10 on November 24, before that patient was placed in quarantine.

T. then attended four lessons, with the participation of 40-70 students during each, at the university and traveled around the campus from November 24 to 28.

During that period, academic activities at Ton Duc Thang University took place normally with a large number of students coming to the now sealed-off campus every day.

Another student of Van Lang University, who went to the same CITYGYM room as patient 1,347 during the patient’s unchecked period, has also been sent to a quarantine facility, Vo Van Tuan, vice-rector of the university, confirmed.

The first test result of that student returned negative for the virus, with the second to be released on Thursday, according to Tuan.

The University of Natural Science under the Vietnam National University-Ho Chi Minh City has decided to temporarily close its dormitory at 135B Tran Hung Dao Street in District 1, where about 300 students are staying, on Wednesday and Thursday after two of its students had direct contact with patient 1,347 and have been placed in centralized quarantine.

The Ho Chi Minh University of Education also requested all of its 14,000 students to turn to studying via the Internet from 12:00 pm on Wednesday through December 13.

The University of Finance - Marketing issued an urgent notice on Wednesday to suspend all education and training affairs for 20,000 students at all of its campuses from 1:00 pm the same day until the end of December 5.

Before these universities, several elementary schools and high schools in some districts had also asked some or all of their students to stay home due to connections with patient 1,347.

Vietnam’s COVID-19 tally on Wednesday morning reached 1,351, with 1,195 recoveries and 35 deaths, according to the Ministry of Health.

Some 500 people in the city who had direct contact with patient 1,347 have been sent to quarantine facilities, of whom two were later confirmed as patients 1,348 and 1,349. 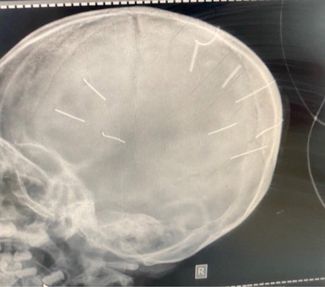