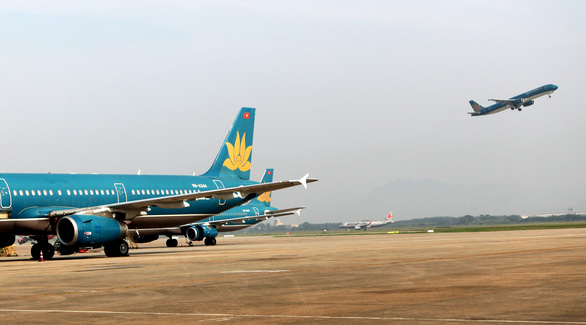 D.V.H., a 28-year-old flight attendant with Vietnam Airlines, tested positive for the novel coronavirus on November 28 while self-quarantining.

H. had previously tested negative for the virus twice while in quarantine at a quarantine facility in Ho Chi Minh City operated by Vietnam Airlines before being allowed to self-isolate at home, as per regulations.

While at home, H. transmitted the virus to a male friend who came to stay with him during his self-quarantine.

The flight attendant also visited several public places and came into contact with many others during that period.

Shortly after, the friend who stayed with him was recorded as patient 1,347.

Two other individuals who had been in direct contact with the friend were then confirmed as patients 1,348 and 1,349.

In Wednesday’s press release, Vietnam Airlines apologized for the COVID-19 infections originating from its staff member, who failed to follow quarantine regulations.

Vietnam Airlines admitted that its quarantine facility’s management and monitoring board were at fault, though it did reiterate that all quarantine regulations had been thoroughly explained to its staff.

The airline also emphasized its top priority is to ensure the COVID-19 prevention and control tasks for the safety of its passengers, officers, workers, pilots, and flight attendants.

Vietnam Airlines added it is working closely with local authorities to strictly deal with the violations and with the National Steering Committee for COVID-19 Prevention and Control and related agencies to strengthen quarantine measures for its staff members.

On Wednesday, the carrier temporarily suspended its head of Cabin Crew Division, Phan Ngoc Linh, for 15 days for his role in the violations.

The airline also temporarily suspended H. while it considers whether or not it will take further action for his violations of COVID-19 protocols.

Vietnam Airlines built two quarantine facilities in Ho Chi Minh City and one in Hanoi in June which it uses to host crew members and other staff from flights to and from virus-hit areas under the approvals of local authorities and Centers for Disease Control.

These facilities have so far served some 10,000 staff members.

Authorities in Ho Chi Minh City decided to close the quarantine facility at 115 Hong Ha Street in Ward 2, Tan Binh District, where patient 1,342 had been quarantined before self-quarantining, on Wednesday following the incident.

Before patient 1,347, Vietnam had gone 88 days without an infection in the community.