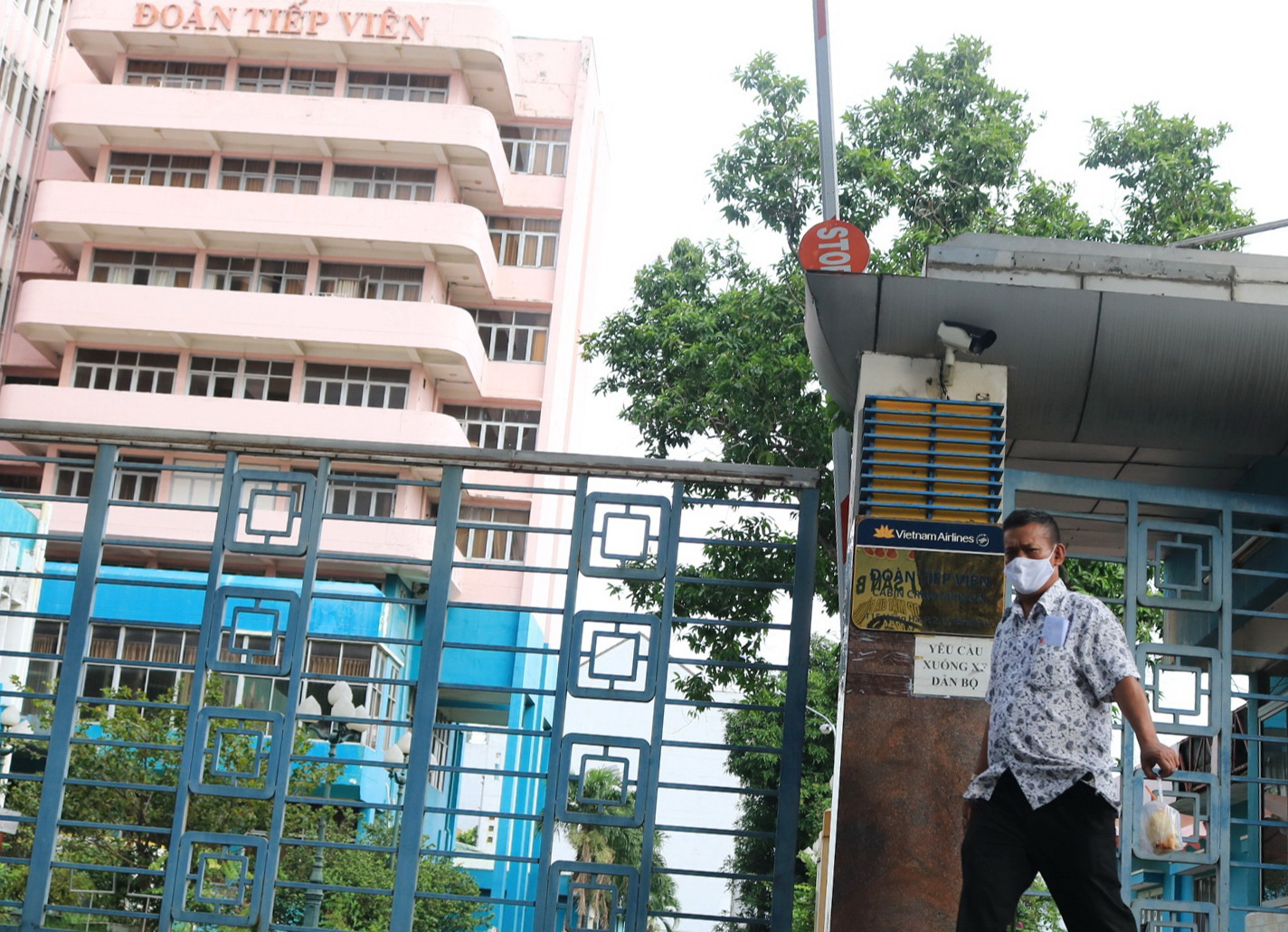 The municipal Department of Health on Tuesday shut down the VNA quarantine venue at 115 Hong Ha Street in Ward 2, Tan Binh District after patient 1,347 was traced to have contact with patient 1,342, one of the airline’s flight attendants.

Patient 1,342 was told to self-isolate at home following two negative tests in the carrier’s quarantine center.

The flight attendant, returning from Japan on November 14, had come into contact with his colleague, patient 1,325, at the quarantine facility when he was staying there from November 14 to 18.

During his self-quarantine period, he had contact with three people, including his mother, a male friend, who was later confirmed as patient 1,347, and a female friend, at his rented house.

Responding to the health department’s decision, a VNA official asserted that the carrier had strictly followed regulations, attributing the problem to the flight attendant’s action and loose management of local authorities.

“Before the steward was sent home, we had informed local authorities so that they would take over the supervision of his self-quarantine period.”

From March to November 30, the airline quarantined thousands of pilots, flight attendants, and mechanics.

Prior to the shutdown, 473 VNA employees were quarantined at the airline’s facility and 352 others were under home quarantine, the VNA official stated, adding that the carrier has about 3,000 flight attendants.

He requested that the competent authorities reconsider the closure of the airline’s quarantine center.

“We should identify the management loopholes and fix them. Shutting down the entire facility is unnecessary.”

During a teleconference with local airlines on Tuesday, the Civil Aviation Authority of Vietnam (CAAV) said that the number of international flights to the country will decrease 30 percent in the coming time.

The number of flights arriving at Tan Son Nhat International Airport in Ho Chi Minh City will also be lowered to avoid overcrowding and relieve pressure on the city’s COVID-19 prevention efforts.

The CAAV required all passengers and flight crew members arriving in Vietnam to complete a mandatory 14-day quarantine period.

Passengers and cabin crews must also wear protective clothing during their journey.

According to Nguyen Quoc Phuong, deputy director of the Airports Corporation of Vietnam (ACV), the firm has asked 21 airports across the country to tighten pandemic prevention and control measures, especially when it comes to international flights.

Vietnam’s COVID-19 tally stood at 1,351, with 1,195 having recovered and 35 deaths as of Wednesday morning, according to Ministry of Health statistics.

Before the detection of patient 1,347, Vietnam had gone 88 days with zero domestic infections.