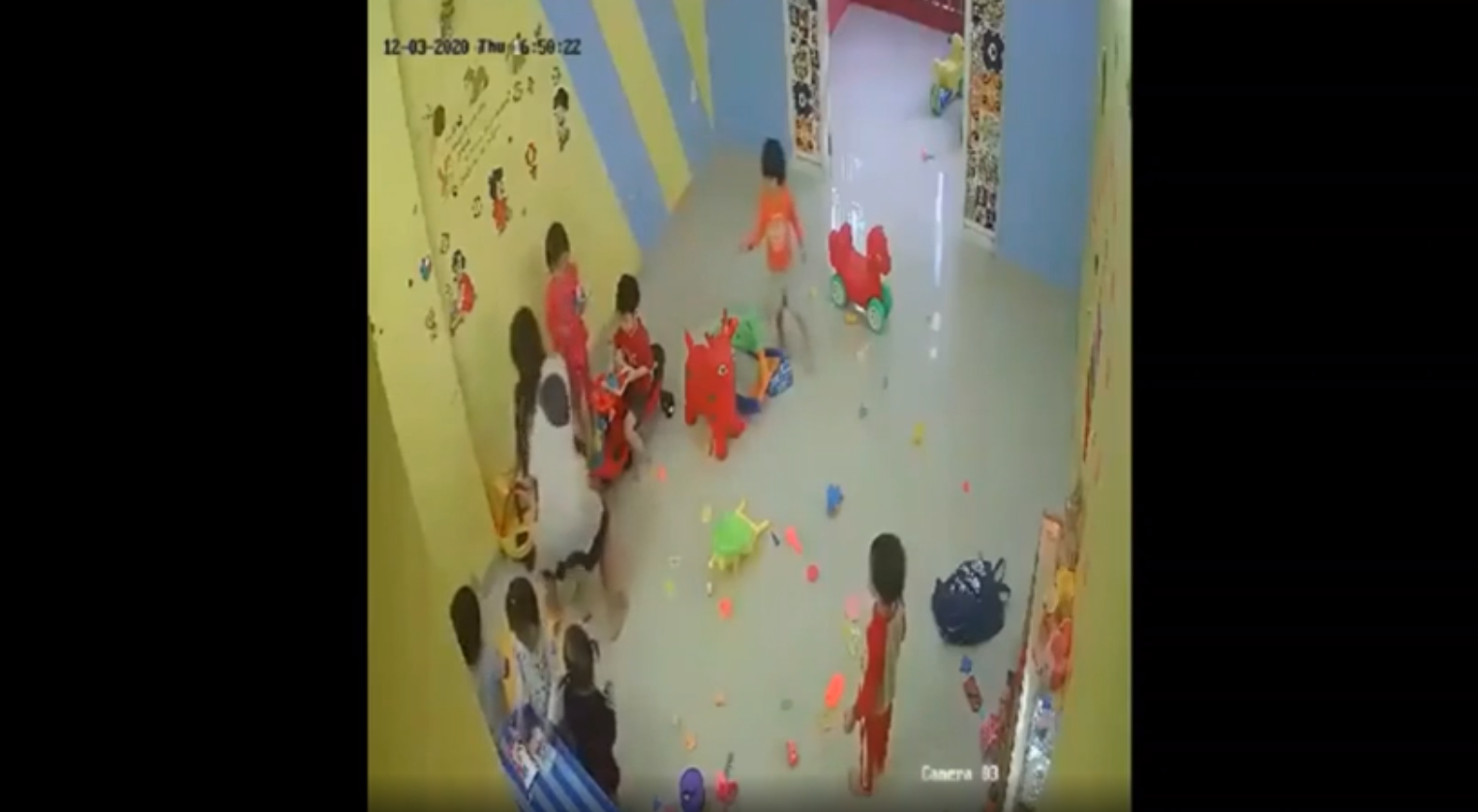 Authorities in the south-central Vietnamese province of Khanh Hoa have revoked the license of a local kindergarten after a teacher was caught on CCTV beating four young students, including her own children.

Nguyen Trong Dao, vice-chairman of the People’s Committee in Vinh Ngoc Commune, located in Nha Trang City, Khanh Hoa Province, confirmed on Saturday that the administration had suspended the operation of KidChamps Kindergarten.

Nguyen Thi Ho Bach Y, who owns the school, was also booked for her violation.

“The action is unacceptable at such an establishment," vice-chairman Dao elaborated.

"The kindergarten was recently opened and received its license about three days ago, but the administration has decided to revoke it.”

The decision came after CCTV footage of the incident went viral on social media earlier this week.

In the video clip, which was nearly two minutes long, Y was yelling at and hitting four children at her kindergarten.

During a working session with the Vinh Ngoc Commune People’s Committee, Y admitted to beating her students at around 5:00 pm on Thursday.

Two of the victims are her own children, she added.

“I was furious after my children and two other students drew on the walls, and ended hitting them,” Y recalled.

She added she had apologized to one of the students’ parents on the phone following the incident.