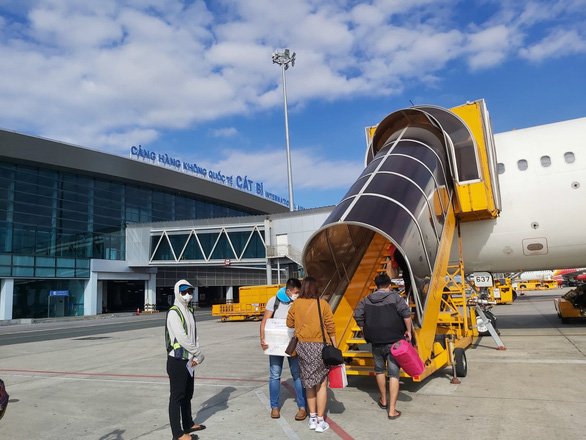 — Vietnam reported no new COVID-19 infections on Wednesday, with the tally standing at 1,405 patients, 1,252 recoveries and 35 virus-related deaths, according to the National Steering Committee for COVID-19 Prevention and Control.

— A ferry traveling from Ho Chi Minh City’s Can Gio District to Vung Tau City in the southern province of Ba Ria-Vung Tau will be put into service by December 29, the Ho Chi Minh City Department of Transport said on Wednesday afternoon.

— Authorities confiscated three maps containing an illegal 'nine-dash line,’ a demarcation used by China to represent its unlawful claims in the East Vietnam Sea, and neither of Vietnam’s Spratly or Paracel archipelagos during an administrative inspection at a Chinese-invested company in the northern province of Hai Duong on Wednesday.

— The number of foreigners residing in Ho Chi Minh City is currently about 60,000, a decline of around 50 percent compared to previous years due to the COVID-19 pandemic, according to Vo Chien Thang, deputy head of the immigration bureau under the municipal Department of Police.

— Authorities said on Wednesday afternoon that they were verifying a case where a tractor-trailer carrying eight cars ran in reverse for hundreds of meters against traffic regulations on the Ho Chi Minh City - Long Thanh - Dau Giay Expressway section that spans the southern province of Dong Nai.

— Police officers in Vung Tay City have started legal proceedings against and arrested nine people involved in a fight with gunshots heard over a conflict on Hoang Hoa Tham Street on the afternoon of December 6.

— The People's Committee of Ho Chi Minh City issued a decision to suspend Nguyen Minh Khai, director of the municipal Eye Hospital, and Vo Thi Chinh Nga, deputy director of the hospital, for 90 days from December 15 for the investigation of the Ministry of Public Security into their role in bidding violations related to artificial vitreous equipment occurring at the hospital.

— Calibration flights have been held for a five-day period from 10:00 pm on Tuesday in order to evaluate a newly-upgraded runway and its components for flight departure and arrival at Tan Son Nhat International Airport in Ho Chi Minh City.

— Vietnam has broken into the group of countries with high human development, but this remarkable progress has been accompanied by relatively high pressures on the planet, according to the 2020 Human Development Report 'The Next Frontier – Human Development and the Anthropocene,' released on Wednesday by the United Nations Development Program (UNDP) in Vietnam in cooperation with the Ministry of Planning and Investment.

— Coffee chain Cafe Amazon, which has over 3,500 branches throughout Thailand, is scheduled to open its second store in Vietnam on Phan Xich Long Street in Phu Nhuan District of Ho Chi Minh City, according to national radio station Voice of Vietnam (VOV).