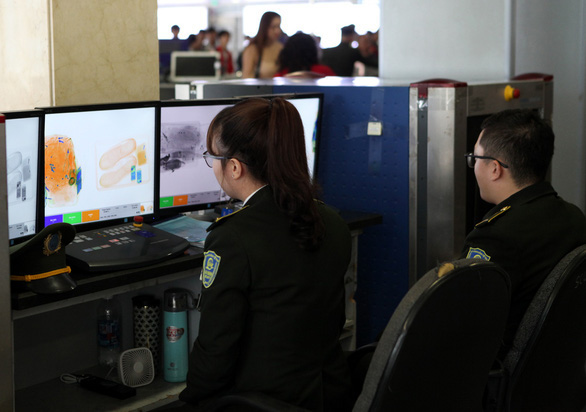 Security officers at Tan Son Nhat International Airport in Ho Chi Minh City found a passenger carrying a pen gun with one loaded bullet in her carry-on luggage while the woman was undergoing security screening procedures on Thursday afternoon.

Ngo Thi Giang H. was boarding a flight from the southern metropolis to Pleiku City in the Central Highlands province of Gia Lai at 4:10pm on that day.

The firearm that resembles an ink pen in question measures 13cm in length with a cylinder shape. It is made of metal and contains a bullet with a detonator.

After discovering the pen gun, the officers checked H. and her luggage again but found nothing more.

The airport’s security officers then collaborated with the Southern Airports Authority to make a record of the case and hand over the passenger and the object to police officers stationed at the airdrome.

In recent time, weapons such as guns, bullets, pepper spray, or electric whips have been detected in passengers’ luggages at the security screening booths at Vietnam airports.

The officers made a record of the case and handed over K. and the objects to the police of Hoa Thuan Tay Ward in Hai Chau District, where Da Nang International Airport is situated.