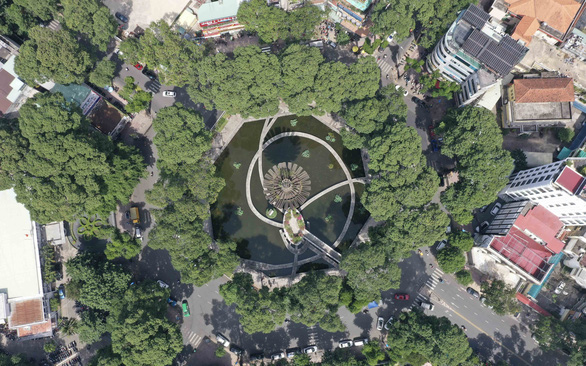 Nguyen Ngoc Uyen, a lecturer from the Ho Chi Minh City Open University’s Faculty of Construction, made the proposal at a workshop collecting suggestions for giving the city’s iconic lake and its surroundings a facelift, organized by the People’s Committee of District 3, on Tuesday morning.

Accordingly, the administration of District 3 is advised to collaborate with the University of Architecture Ho Chi Minh City and the Youth Culture House to organize artistic and cultural performances and exhibitions in the lake’s surrounding area.

Uyen also emphasized the necessity of establishing parking lots on the streets adjacent to the lake, such as Hai Ba Trung, Pasteur, and Nguyen Thi Minh Khai, to make it convenient for visitors to the venue.

Earlier, the District 3 administration had announced plans to turn the environs surrounding Ho Con Rua into a pedestrian zone.

Speaking at Tuesday’s workshop, Vu Viet Anh, an architect, highlighted the importance of sharing infrastructures in the area and arranging suitable usage time between pedestrians and vehicles.

Meanwhile, Vo Van Hoan, the city’s deputy chairman, foregrounded the typical values of architecture in urban planning at the landmark, the harmony between modern works and the preservation of culture and history, and the balance between new high-rise facilities and underground space exploitation.

The deputy chairman suggested that the District 3 administration choose a suitable economic development model for the proposed pedestrian zone around Ho Con Rua, as well as considering urban planning ideas that will not only make use of existing features of the local culture, architecture, and traffic, but also provide people with more social amenities.

Ho Con Rua is an informal name given to an artificial lake that lies at the heart of a traffic circle bounded by three streets in District 3, namely Vo Van Tan, Pham Ngoc Thach, and Tran Cao Van.

The area is a popular destination in the southern metropolis, well known for its 24-hour food stalls and coffee shops.