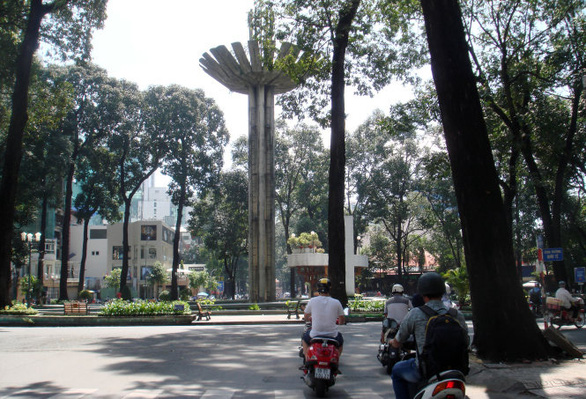 The plans were put forward on Thursday by District 3 Party chief Nguyen Thanh Kien at a meeting with Nguyen Van Nen, Secretary of the municipal Party Committee.

Although Ho Con Rua is a well-known landmark in District 3, the area falls short of its potential due to a lack of interesting activities, Kien said.

The plans are expected to offer a facelift to the streets, attracting more tourists as well as local residents to the places.

The next step will be submitting the plans for approval from the Ho Chi Minh City People’s Committee in December.

Ho Con Rua is an informal name given to an artificial lake that lies at the heart of a traffic circle bounded by three streets in District 3, namely Vo Van Tan, Pham Ngoc Thach, and Tran Cao Van.

The area is a popular destination in the southern metropolis, well known for its 24-hour restaurants and coffee shops.

The district’s Nguyen Thuong Hien Street is also known across the city for its many street food stalls, according to Kien.

If the plan is approved by the municipal People’s Committee, implementation will be divided into two phases.

The first stage will connect Dien Bien Phu to Nguyen Dinh Chieu while the second stage will focus on the completion of the project as a whole.