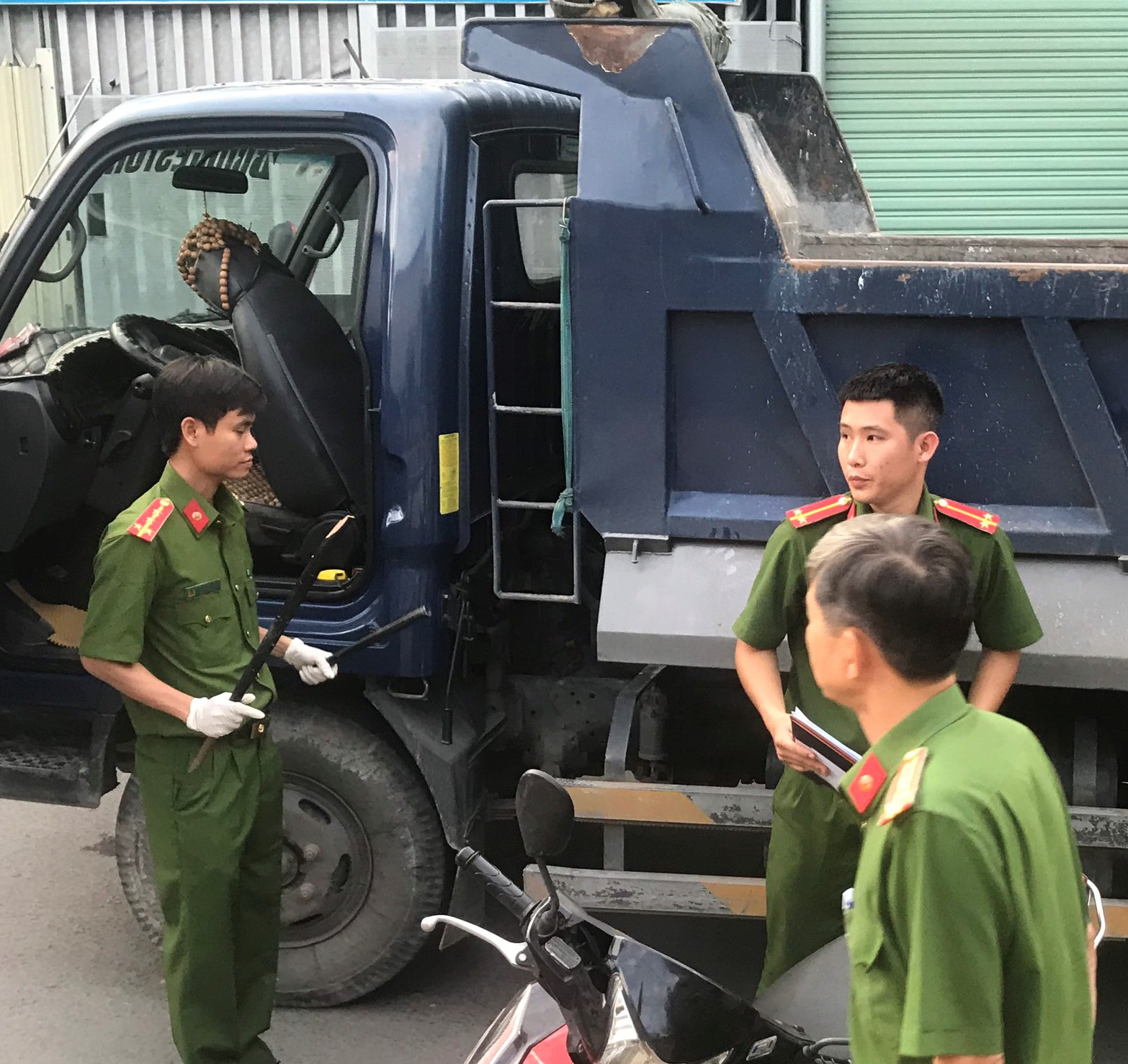 Police in Binh Duong Province, located in southern Vietnam, are investigating a case where a truck driver beat a motorcyclist to death after being cut off.

Officers in Di An City, Binh Duong confirmed on Saturday they had transferred the case to the provincial Department of Police for further investigation.

The suspect, 26-year-old Truong Ngoc Tuan, has been taken into custody and probed for murder.

According to preliminary information, Tuan drove a truck carrying soil in an alley on Bui Thi Xuan Street in Tan Binh Ward, Di An City at around 1:30 pm on Friday.

Nguyen Ngoc Luc, 40, who was riding a motorbike in the same direction, suddenly cut the truck off.

Tuan then chased after Luc and blocked the latter’s path with his truck.

The two got off their vehicles and had an argument.

As Luc did not let Tuan leave following their verbal confrontation, the trucker took a cue stick out from his vehicle and hit the former’s head, shoulder, and back.

Luc was killed on the spot, whereas Tuan left the scene.

The cue stick was broken in half after the attack.

The truck driver turned himself in to local police on the evening of the same day.