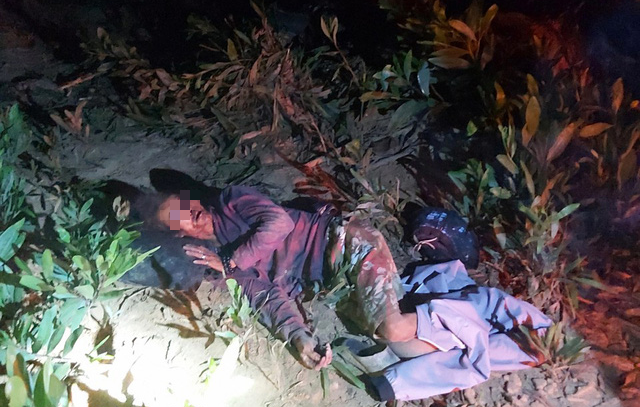 A man has been admitted to the hospital with traumatic brain injury after being allegedly attacked by a wild elephant in the southern Vietnamese province of Dong Nai.

The victim, 56-year-old Nguyen Trung Phuc, was found by local residents at a forest near provincial highway No. 761 in Thanh Son Commune, Dinh Quan District at around 0:00 on Tuesday.

Elephant footprints and feces were also discovered at the scene of the incident.

Phuc was rushed to a medical center in Phu Ly Commune before being transferred to another facility in Vinh Cuu District.

The patient was still conscious when he arrived at the infirmary, but his response was slow, according to an official of the Vinh Cuu medical center.

He had dark circles under his eyes and suffered nausea and ear bleeding, the official continued, adding that the patient was diagnosed with traumatic brain injury due to suspected elephant attack.

As his condition worsened, Phuc was transferred to Thong Nhat Hospital in the province's Bien Hoa City for emergency treatment.

According to Le Viet Dung, deputy head of the Dong Nai forest protection unit, there was no electric fence at the location where Phuc was found.

Local residents have been advised to exit the forest before 5:00 pm every day to avoid elephant attack.

In July 2017, a 50-kilometer-long electric fence was built around the Dong Nai Cultural Nature Reserve to deter wild elephants from trespassing on agricultural land, but the elephants quickly found their way to the fence’s end and continued wreaking havoc on local crops.

Local authorities later agreed to extend the electric fence by an additional 20 kilometers in order to increase its effectiveness.

However, the project has been delayed due to the COVID-19 pandemic, Dung said.

“We will try our best to initiate the construction next month,” he added.