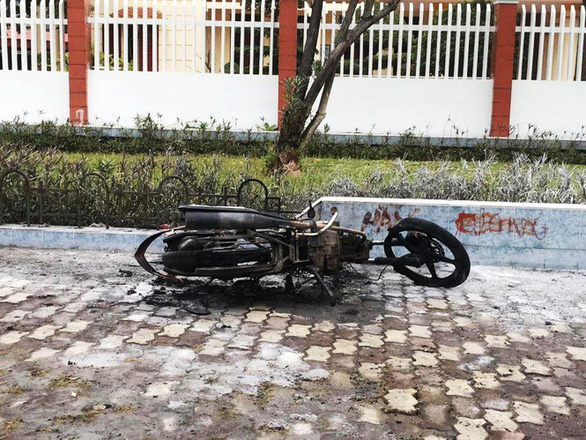 After being pulled over by traffic police for missing rear-view mirrors and helmets, motorbike driver Hoang Van Trung showed dissent before setting fire to his own vehicle in Vietnam.

Authorities in Hai Duong City, the capital of the namesake northern province, have opened an investigation into the obstruction of law enforcement charges of a man who burned down his motorbike after being questioned by traffic police, said the traffic police unit of the city on Saturday.

After he was signaled to pull over, Trung showed lack of cooperation, had a quarrel with the officers, and promptly used his lighter to set his motorbike ablaze.

The fire consumed the vehicle within minutes.

The traffic police officers called on the city’s investigation police and forensic science team to make a report of the case, while Trung was escorted to the local police bureau.