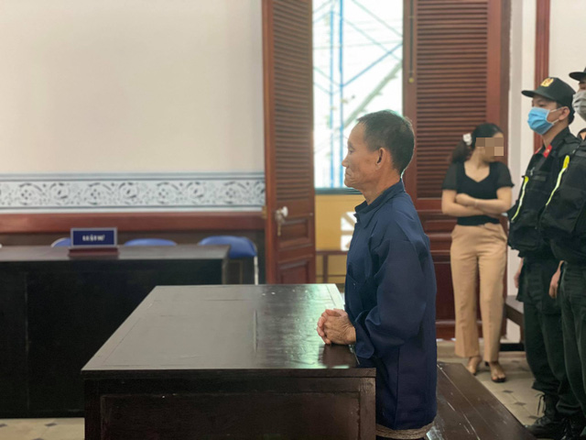 A court in Ho Chi Minh City on Tuesday gave a local man capital punishment for stabbing a female bus attendant, whom he had had affections for, to death last year.

Nguyen Van Guong, 58, residing in the city’s Cu Chi District, had developed feelings for L.T.M.T., a female attendant on a bus route between Cu Chi Bus Station and An Nhon Tay Bus Station in the same district, according to court documents.

In late 2019, Guong started suspecting T. had a romantic relationship with N.V.D., the bus driver who was T.’s only other co-worker, and regularly traveled on D.and T.’s bus to spy on the pair.

On March 31, 2020, Guong concealed a knife on his body with the intention of stabbing D. over jealousy.

When the bus was running on the section of Provincial Highway 7 through Go Noi Village in An Nhon Tay Commune, the jealous man went to T.’s seat and knifed her several times in her abdomen and chest.

D. put on the brakes when he heard T.’s screams, before opening the door for passengers to get off while Guong continued stabbing the female bus attendant.

D. threw a plastic basket at Guong, who then rushed to stab D., but the knife only nicked D.’s eyebrow.

Not stopping, Guong stabbed his own stomach before going on to stab T.

The man was only put under control by D. and onlookers after he got off the bus.

He was then handed over to local police while T. died on her way to the hospital.

At Tuesday’s court, T.’s family denied any romantic relationship between T. and Guong.

The panel of judges concluded that the relationship between Guong and the victim was merely as acquaintances.

As Guong committed a drastic, thug-like offense, the panel decided to apply the highest punishment -- a death sentence -- to set a deterrent example to others.