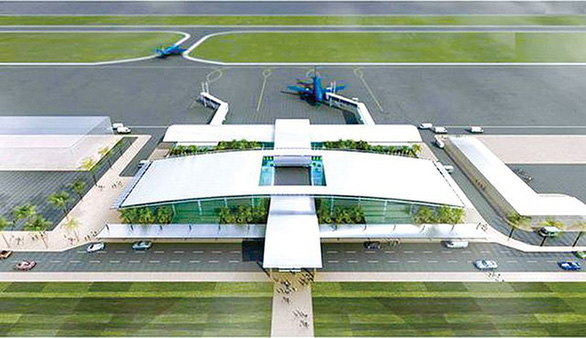 Vietnam will likely have another airport as authorities in Quang Tri Province have aired their determination to kick-start the construction of one in the locality this year.

The affirmation was made by provincial deputy chairman Le Duc Tien on Tuesday afternoon after the Ministry of Transport had issued a decision approving the detailed planning of the project.

According to the planning, Quang Tri Domestic Airport will be constructed under the public-private partnership (PPP) model at a cost of VND8 trillion (US$346 million).

The airport is supposed to cover 316 hectares, including 87 hectares for civil aviation purposes, a military aviation area of 51 hectares, and an area of more than 177 hectares for mixed use, in Gio Quang Commune, Gio Linh District, about 7km from the provincial capital city of Dong Ha.

The passenger terminal is planned to serve up to one million passengers per year, while the cargo terminal will handle 3,100 metric tons of cargo and luggage per year.

The People’s Committee of Quang Tri has allowed T&T Group, a Vietnamese corporation, to survey and prepare pre-feasibility study reports for the project.

“We will wait for interested investors until June, before holding a bidding process to select a qualified one,” Tien said.

The provincial deputy chairperson affirmed that local authorities are determined to start the construction of the airport, the first of its kind in the central province, this year.

Quang Tri does not currently have a civil airport.

Passengers who want to travel by air to Quang Tri have to book a flight to Phu Bai International Airport in Thua Thien-Hue Province or Dong Hoi Airport in Quang Binh Province, which are both some 100km from Quang Tri.

At present, Vietnam has nine international and 13 domestic airports.