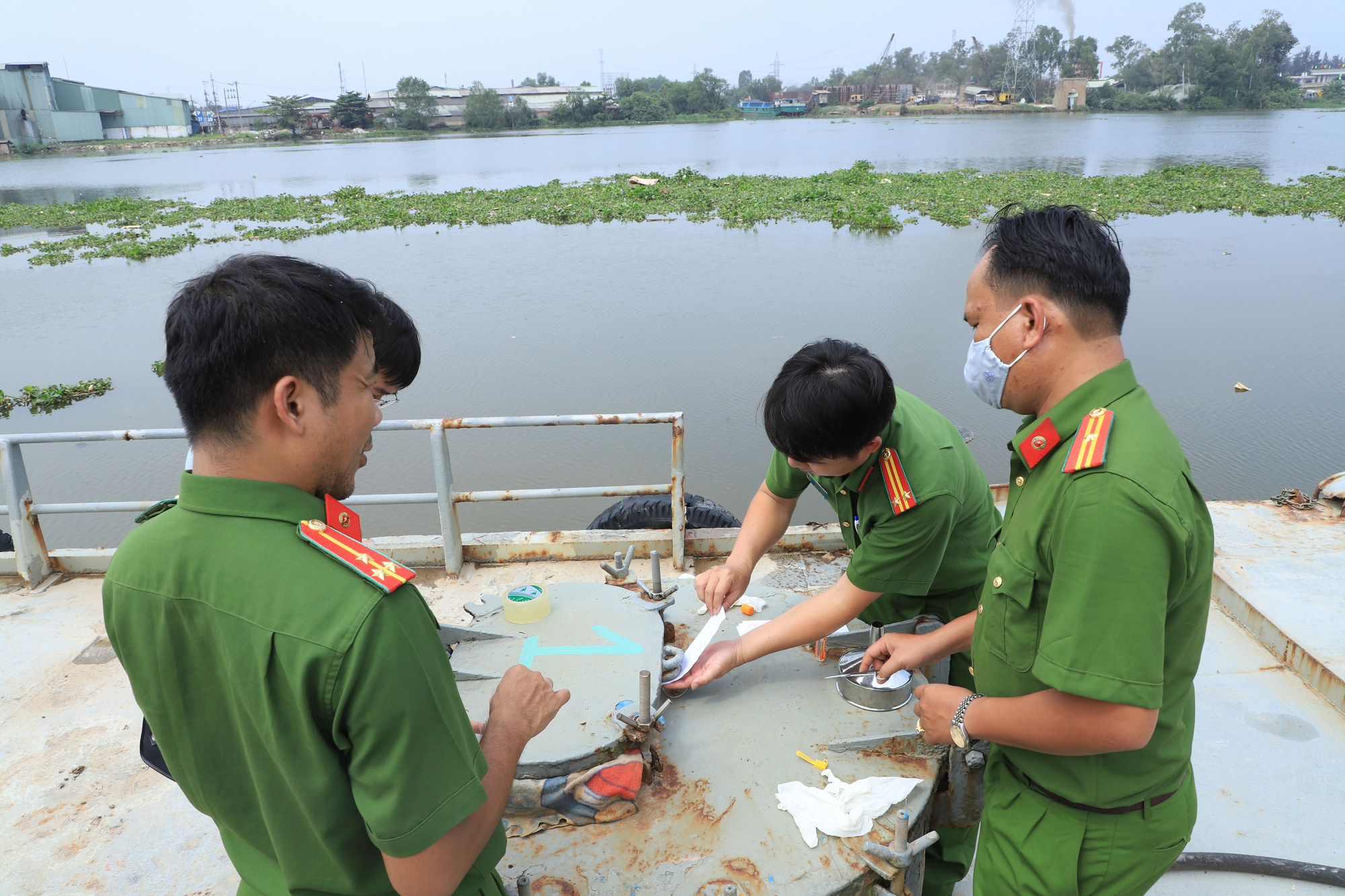 Police in the southern Vietnamese province of Dong Nai have arrested 26 members of an illegal ring that had sold to the market approximately 200 million liters of fake and substandard gasoline.

The provincial Department of Public Security has apprehended and initiated legal proceedings against 26 suspects for smuggling, production and trade of counterfeit goods, and illegal trade of receipts, officers confirmed during a press meeting on Tuesday morning.

Dong Nai police, in coordinated with the Ministry of Public Security, mobilized 500 officers to inspect multiple warehouses, filling stations, and offices in Dong Nai, Ho Chi Minh City, Can Tho, Vinh Long, Long An, and Vung Tau on Saturday night.

The suspects attempted to run away but were eventually captured by officers.

According to police investigation, the illicit racket was run by Phan Thanh Huu, a 64-year-old Ho Chi Minh City resident, and Nguyen Huu Tu, 55, who hails from Vinh Long Province.

The suspects claimed they had distributed about one million liters of fake and low-quality gasoline per day.

Since August 2020, the ring had sold to the market more than 200 million liters of fake and substandard gasoline.

The ring members used their ships to purchase fake gasoline from foreign partners near Vietnam’s maritime border, before using chemicals to turn the products into A95 fuel, which is widely sold in the country.

The bogus A95 gasoline was transferred from these ships to barges at a floating dock along the Hau (Back) River in Vinh Long Province, before being brought to warehouses in multiple localities and distributed to local filling stations.

Many members were in charge of keeping watch to make sure their illegal activities were not detected by competent authorities.