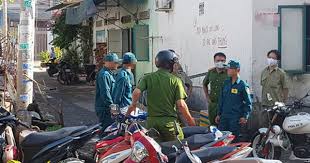 Man arrested for setting girlfriend, her daughter on fire over jealousy in Ho Chi Minh City

Police in Ho Chi Minh City have arrested a man for setting fire to a tenanted room with his girlfriend and her daughter inside over jealousy.

A source close to Tuoi Tre (Youth) newspaper confirmed on Thursday that officers in Cu Chi District had taken into custody N.D.T., 37, for murder.

T. has been transferred to the municipal Department of Public Security for further investigation.

According to preliminary information, T. lived with a woman named A. as a couple at a rented room on Provincial Highway No. 15 in Tan Thanh Dong Commune, Cu Chi District. They also lived with A.’s daughter.

They recently had repeated arguments due to T.’s jealousy.

On the early morning of February 15, T. locked the room from the outside while his girlfriend and her daughter were still inside.

The man then set the room ablaze with gasoline and left the place.

Local residents were eventually able to break open the door and rescue the two victims.

They were rushed to the hospital with severe burns.

A. was then transferred to Cho Ray Hospital in District 5, while her daughter was taken to Children’s Hospital 1 in District 10 for further treatment.

T. later turned himself in to police officers in Cu Chi District.