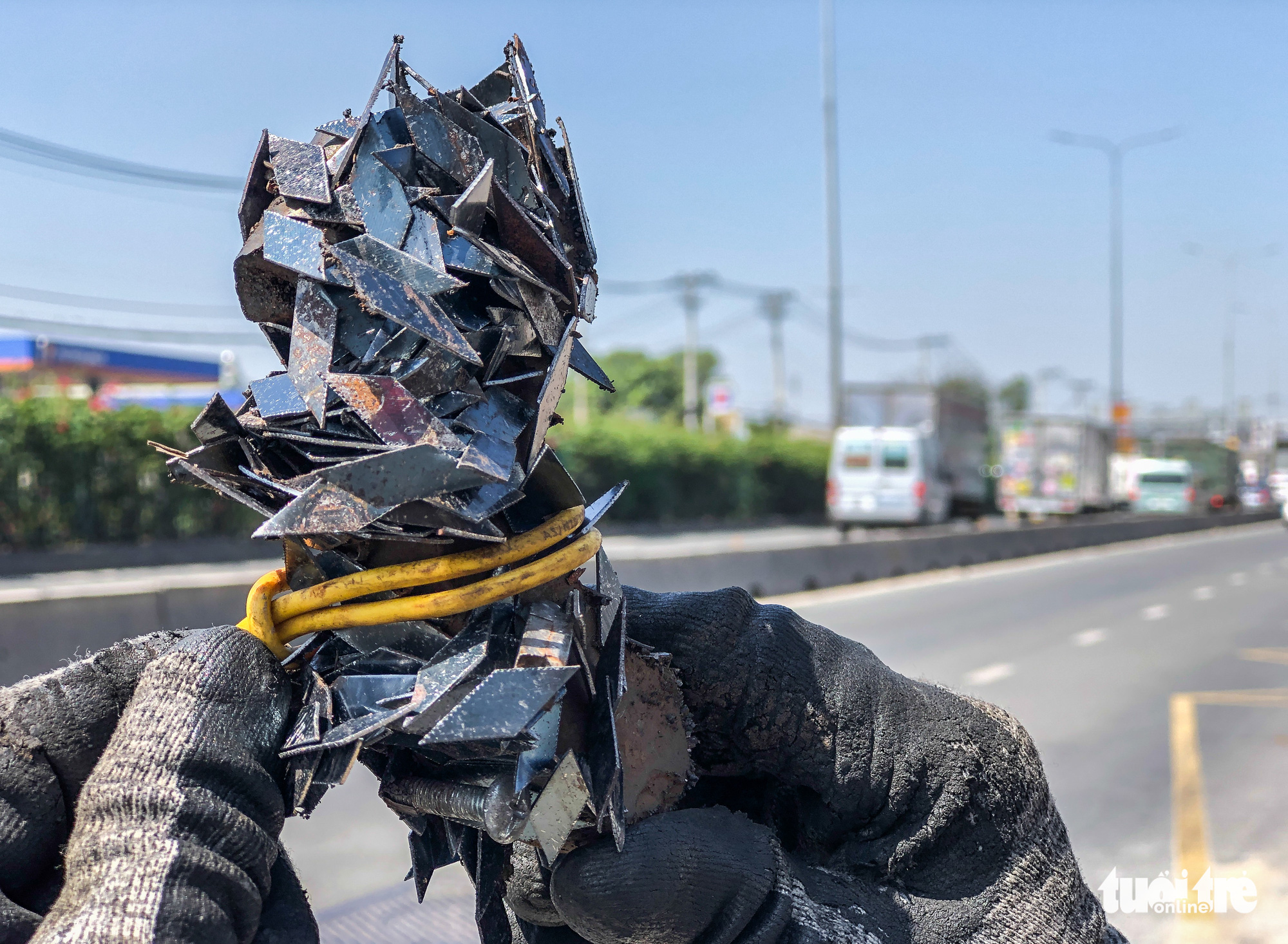 According to the observation of Tuoi Tre (Youth) newspaper reporters, these nails have been spotted at such hotspots as An Phu Dong 2 Bridge in District 2, Vuon Lai Intersection in District 12, Ba Diem Intersection in Hoc Mon District, and sections of National Highway No. 1 in Binh Tan District and Thu Duc City.

“The Tet holiday just ended last week and these tire-puncturing nails have been spread on multiple routes to force commuters to use nearby vehicle repair services. They have also become much more difficult to spot,” Nguyen Van Thanh, a 42-year-old resident, said, referring to the Lunar New Year festival.

Thanh, who hails from the southern province of Tay Ninh, has been collecting these nails along National Highway No. 1 to ensure safety for commuters over the past years.

It can be very dangerous if motorbikes run over these metal objects, especially at night, Thanh stated.

Local authorities remove these nails from local streets on a regular basis but the situation has yet to improve, if not becoming more serious.

These objects usually appear before and after major holidays, when travel demand rises, said Pham Thoai, who lives in District 12.

“I hope that authorities will take assertive measures to deal with this issue,” Thoai added.