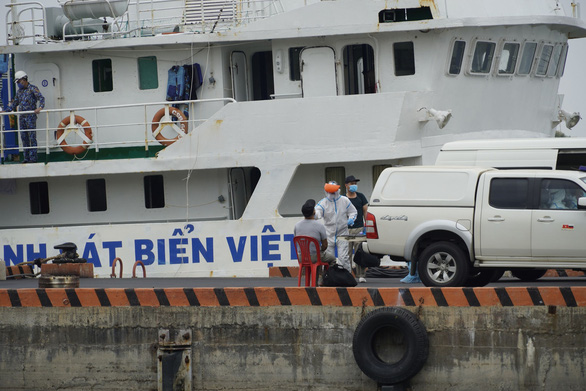 The Center for Disease Control (CDC) in southern Ba Ria – Vung Tau Province has discovered five cases positive for COVID-19 aboard a Singaporean cargo ship passing Vietnam’s waters after a sailor died for an unknown reason.

According to the Ba Ria – Vung Tau CDC, as a sailor on the vessel suddenly died on February 20, the captain had to dock it at the port of the southern Vietnamese province with the intention of bringing the deceased crew member ashore and carrying out procedures to return his body home.

The results of the first test showed that five out of the 20 were positive for the novel coronavirus, while their second tests conducted by the Pasteur Institute in Ho Chi Minh City are still pending results.

In case of positive second test results, the ship owner will send it to Indonesia to replace all crew members.

Currently, the crew members are still staying on the ship anchored in Ba Ria – Vung Tau and have yet to complete immigration procedures to Vietnam.

The body of the dead crew member has not been taken to shore.

The incident was already reported to the Ministry of Health.