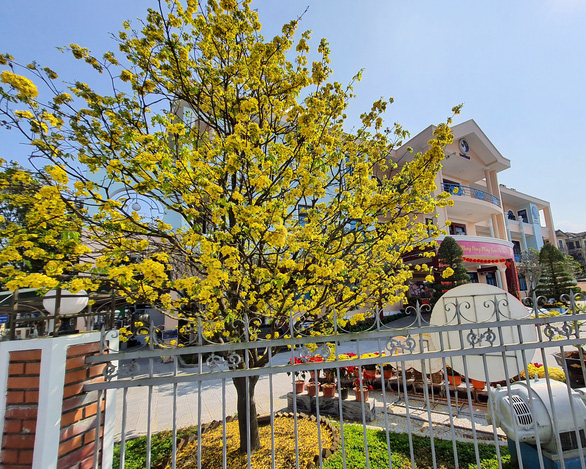 The leader of the central Vietnamese province of Thua Thien-Hue has called on households and agencies to deck the streets of the province with hoa mai (Ochna integerrima), a popular type of flowering tree.

The direction was confirmed by Phan Ngoc Tho, chairman of the Thua Thien-Hue People’s Committee, on Monday.

According to Tho, the tree-planting campaign aims to convince each institution and residential household to plant one or two Ochna integerrima trees at the front of their buildings or houses.

It is recommended that participants choose the local variety of Ochna integerrima, which differs from other types by its consistent five-petal flowering and highly scented blossoms.

The initiative is expected to paint the whole province with the yellow shade of Ochna integerrima during its blossom season in spring, which would add another charm to the place and consolidate the position of the flowering tree as a representative of Thua Thien-Hue.

The campaign is also part of local authorities' effort to assign a kind of blossom tree to each of the four seasons in the locale.

According to Tho, the first step involves the planting of at least two Ochna integerrima trees at the head office of the municipal People’s Committee, followed by an advocacy campaign for tree planting among residents.

Earlier, local authorities have planted lines of Ochna integerrima trees along two streets in Hue City’s Imperial City heritage site, one of the must-sees for tourists.