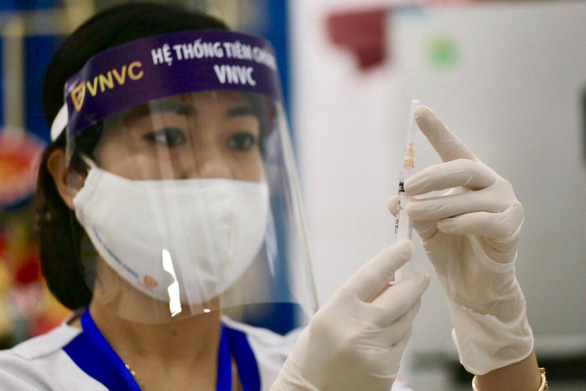 This will help the country expand its mass inoculation, Park added.

The vaccine shots will be provided via the COVAX scheme co-led by WHO.

Vietnam has announced that it will obtain 150 million vaccine doses for the whole population this year, including 30 million through the COVAX scheme, 30 million through AstraZeneca, and the rest through negotiations with U.S. and other producers.

The country will continue vaccinating people in Hanoi and Gia Lai Province on Tuesday.

It began vaccinations on Monday in Hanoi, Ho Chi Minh City, and Hai Duong Province, which is the largest national hotbed now.

A total of 377 medical workers and contact tracing staff in the three places were immunized with AstraZeneca shots on the day, the health ministry said, adding that no serious side effects have been recorded so far.

The government has said it will inoculate people in 13 provinces and cities where hundreds of cases were recorded in a recent wave, as well as other priority groups, including frontline workers, diplomats, military and police officers, and teachers.

The country received its first-ever shipment of 117,600 AstraZeneca shots on February 24.

Eight hundred and ninety-three local cases have been reported in the 13 provinces and cities since January 27, when Vietnam was struck by the new wave of domestic infections after nearly two months.

Vietnam has recorded 2,524 coronavirus cases as of Tuesday morning, including 1,586 community infections and 35 virus-related deaths, according to the Ministry of Health’s data.

A total of 1,920 patients have recovered from the respiratory disease.

Infection rates have greatly decelerated since the middle of last month.

The health ministry gives a coronavirus update at 6:00 am and 6:00 pm daily.