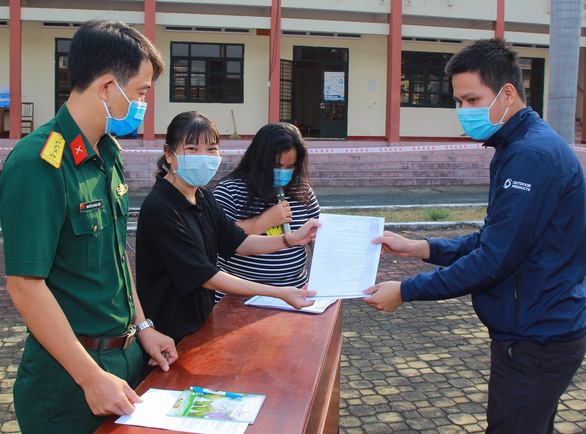 A Chinese man has purportedly cut a metal gate to flee a quarantine ward in Vietnam, where he was caught after his illegal entrance with others.

The People’s Committee of Thuan An City in Binh Duong Province announced on Tuesday that they had ordered local police and other relevant forces to quickly track down a man of Chinese nationality who had escaped from the quarantine ward of the city.

The identity of the man has yet to be revealed.

It is said that local authorities detected the man when he arrived in Thuan An to spend time at a casino.

He was subject to mandatory quarantine stall COVID-19 transmission, but was found missing from the premises after a few days.

Local authorities discovered that metal bars of the gate of the quarantine ward had been sawed off.

During his time at the quarantine center, the Chinese man tested negative for the novel coronavirus once. However, he still had to undergo the rest of the quarantine period and retests after 14 days.

Earlier, two other individuals, who were part of a group of 13 Chinese border jumpers, also fled the quarantine ward in Di An City, Binh Duong Province.

The duo have not been caught so far, while the 11 others were already handed over to Chinese authorities after their quarantine period expired.

On Monday, the Steering Committee for COVID-19 Prevention and Control in An Giang Province, located in the Mekong Delta, said that they had received the reports from Tan Chau Town and Chau Doc City about 34 cases of Chinese people making illegal entry into Vietnam.

After constant detection of the Chinese border jumpers in recent weeks, it is alleged that there is a large-scale ring helping Chinese citizens travel through trails and paths to Vietnam and take transit cars or passenger buses to Cambodia.