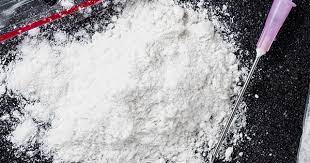 A border guard who had previously served as a cross-border drug prevention officer in the north-central Vietnamese province of Quang Tri has been arrested for his involvement in a drug trafficking ring.

Nguyen Viet Hung, stationed at the Con Co Border Station in the Con Co Islands District in Quang Tri, had previously served as an officer in the special force for drug and crime prevention under the provincial Border Guard Command.

Hung has been suspended from his duties since his arrest for his role in a drug trafficking case related to Nguyen Duy Bang from Tam Thuan Ward, Thanh Khe District, Da Nang City, and Pham Cong Hoang Huy from Cam Ha Ward, Hoi An City, Quang Nam Province.

Bang and Huy were arrested on October 13, 2019 and were subsequently found criminally responsible for trafficking 277.1 grams of heroin.

The duo was sentenced for their crimes in Da Nang on November 20, 2020, with Bang receiving a life sentence and Hoang given 20 years behind  bars.

During the case, Bang claimed to have met Hung through a friend in Da Nang.

Hung and Bang met at a pub to confirm the shipment. Then, Hung left to pick up the drugs and hand them over to Huy at a nearby café. He then returned to the pub to receive payment from Bang.

Hung was still working as an officer in the special force for drug and crime prevention, under the Quang Tri Command of Border Guard, at the time of Bang and Huy’s arrest.

Hung was transferred to the Con Co Border Station at the end of 2019.