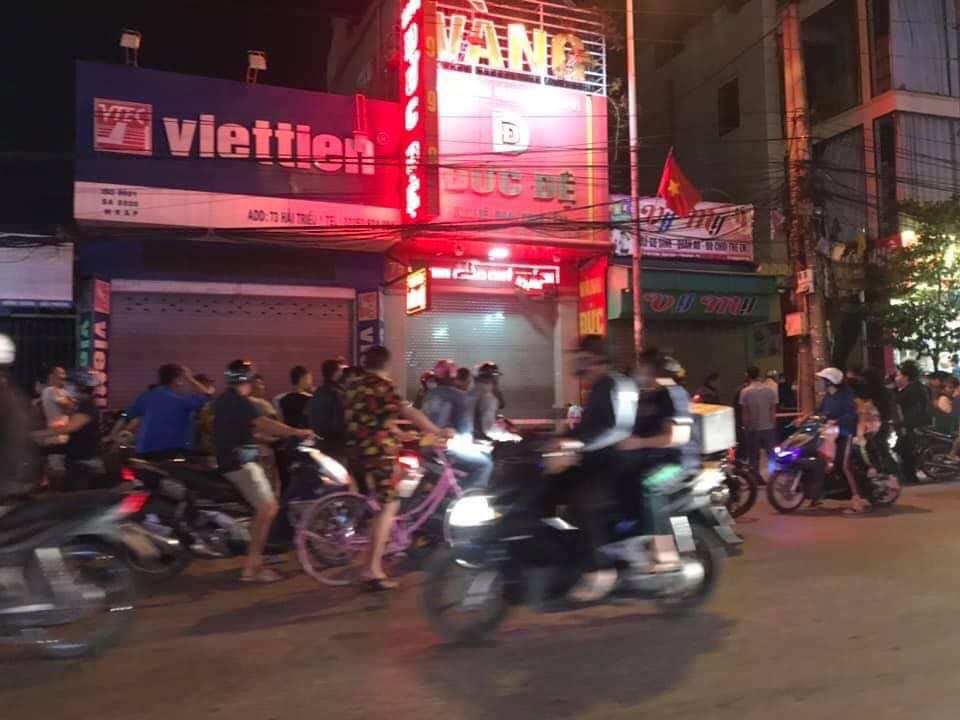 Police in the northern Vietnamese city of Hai Phong are hunting for a suspect who used homemade explosives during the attempted robbery of a gold shop on Wednesday evening.

Preliminary information showed that an unidentified man entered Duc De Gold Store on Hai Trieu Street in Hong Bang District at around 7:00 pm before detonating homemade dynamite in the shop.

Local residents quickly surrounded the suspect, but he resisted and ended up knifing one person in the process.

The suspect also threw his explosive at the group of locals who tried to intervene.

In the end, he managed to escape, but was forced to leave empty handed.

Police officers in Hong Bang District arrived at the scene shortly after being notified of the incident.

The municipal Department of Public Security was also called to the scene to search for any unexploded ordinances at the shop.

Officers have been collecting eyewitnesses' statements and reviewing CCTV footage in order to identify the robber.

They believed the suspect resides in An Hong Commune, An Duong District.