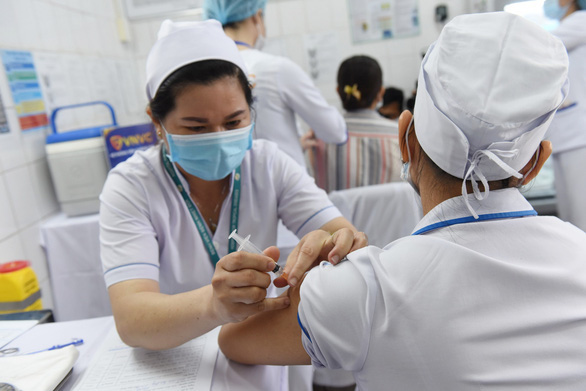 The Ministry of Health reported zero new coronavirus cases, either local or imported, in Vietnam on Sunday, the first time in almost two months.

The country was hit by a new wave of local infections on January 27 after having gone nearly two months without detecting any community-based case.

The health ministry had announced additional transmissions, domestic or imported, every day ever since, including a total of 908 local infections.

The ministry documented zero coronavirus cases throughout the nation on Sunday.

An additional 1,446 people were vaccinated against COVID-19 on Saturday, the health ministry said.

AstraZeneca is the only vaccine administered in Vietnam at the moment. The country began mass vaccination on March 8.

The Expanded Program on Immunization, which provides free immunization to children under one year old to protect them from six common and highly fatal infectious diseases in Vietnam, has recorded postvaccinal reactions in those inoculated against COVID-19.

The reactions signified the body’s building immunity against the coronavirus, the program said.

The government has said it already secured 60 million AstraZeneca jabs via direct purchases and the COVAX vaccine-sharing scheme.

Vietnam is negotiating the purchase of vaccines from Pfizer-BioNTech, Moderna, Johnson & Johnson, and the maker of Russia’s Sputnik V, Minister of Health Nguyen Thanh Long said on Wednesday, adding that it may be able to buy 30 million Pfizer-BioNTech doses this year.

The nation’s patient tally has hit 2,572 as of Sunday night, with 2,198 recoveries and 35 deaths having been documented so far.