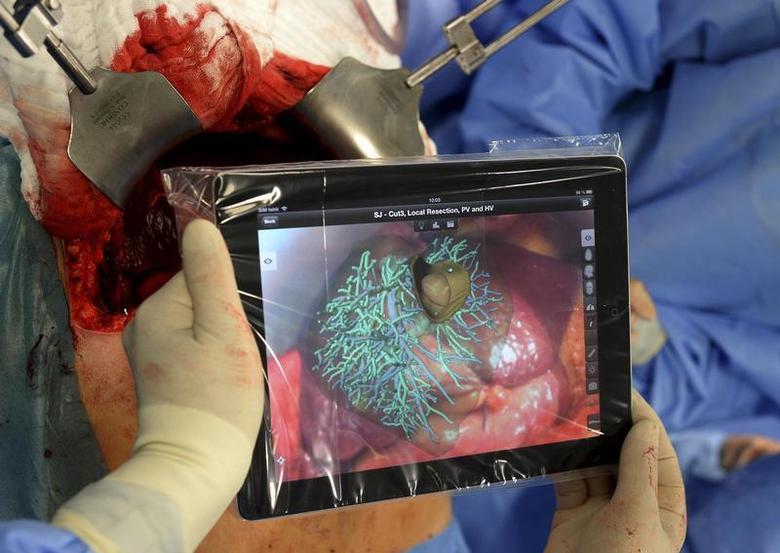 Surgeons in Vietnam have successfully performed the removal of a rare liver tumor on a 13-day-old newborn in the first operation of its kind in the Southeast Asian country.

Dr. Dao Trung Hieu, deputy director of the Children’s Hospital 1 in District 10, Ho Chi Minh City, said on Tuesday that the tumor that the baby boy named N.T.T.H., hailing from the Mekong Delta province of An Giang, had suffered was a very rare one with an incidence of 1:1,000,000 births.

Doctors detected the liver tumor in the fetus at his 32 weeks pregnant.

The baby was born at An Giang Hospital before being transferred to the Children’s Hospital 1, where doctors performed the ultrasound and liver CT scan again, with results confirming a large-sized tumor in the left lobe of his liver.

As the tumor tended to enlarge and encroach on the right lobe, threatening his life over liver cell failure, doctors decided to carry out the surgery on the little patient.

On the other hand, the anatomical results showed that the infant’s endothelial tumor might turn malignant unless it was removed, according to Dr. Hieu.

During the surgery, the surgeon crew carefully removed the blood vessels in the left lobe to avoid bleeding, before removing the entire liver tumor from the child.

The operation was a success.

This is the first time that surgeons in Vietnam have eliminated a liver tumor from a newborn.

During such an operation, the newborn’s liver could be easily broken.

Once the liver is ruptured, it is difficult to stop bleeding.

Currently, the baby is in stable health, with his liver being able to regenerate to make up for the lost part.