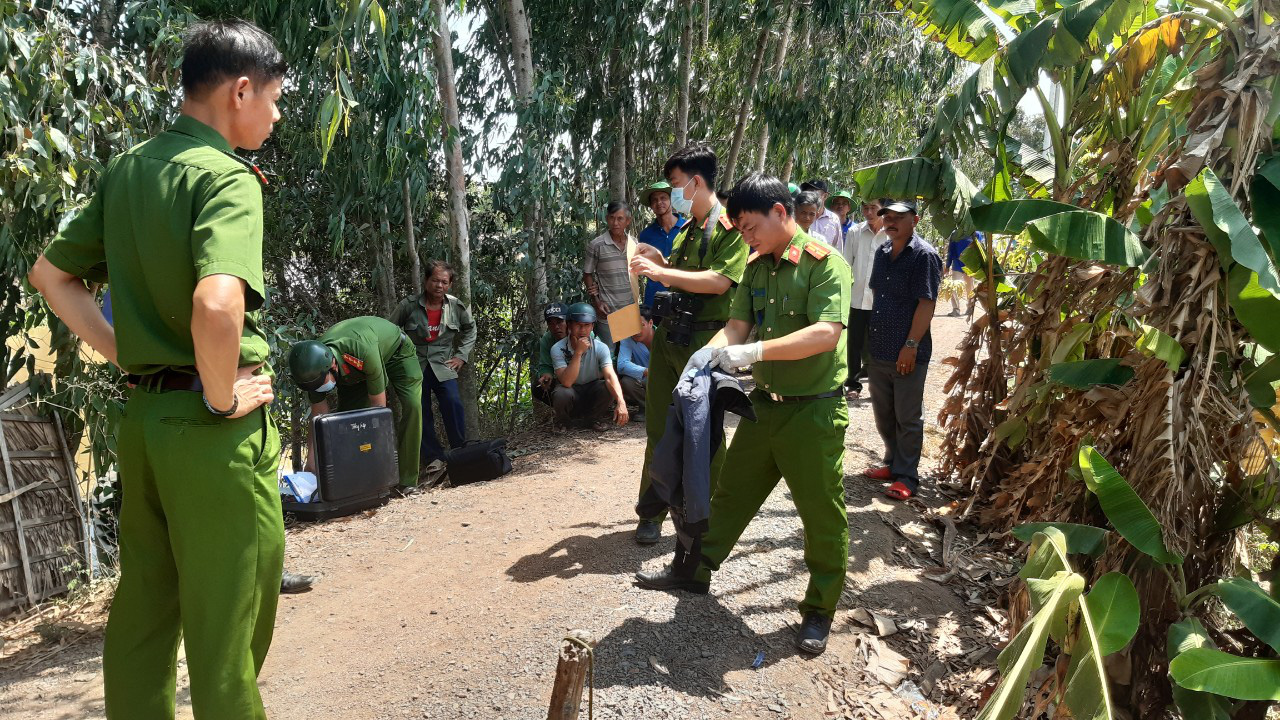 Police in Vietnam’s Mekong Delta have arrested three men for stealing dogs and killing one of the dog owners during a struggle last weekend.

Chon and Thuan arrived at Tram’s house in Dong Thap Province, also in the Mekong Delta, at around 8:30 pm on Friday, according to the suspects’ statements.

Both brought along two pitchforks with wooden handles, while Tram prepared a homemade electric pulse and an electric battery, all of which would be used to stun and capture dogs.

The three consumed crystal meth until 10:30 pm the same day, before traveling to Tan Hung District, Long An Province on two motorbikes, bringing along their tools.

After stealing two dogs in a local neighborhood, the thieves headed to the house of T.T.H., 56, and noticed his dog walking on the sidewalk.

Tram approached the dog on his motorcycle, while Chon stunned the animal with the pitchfork charged with electricity as he sat on the back of the vehicle.

As they were putting the dog into a bag, H. and his son rushed to snatch back their pet.

Chon resisted and electrocuted H. with his pitchfork, causing the victim to collapse on the ground.

Chon ran away on the motorbike, while Tram stayed at the scene to help bring H. to the hospital.

The victim passed away shortly after, and Tram was escorted to the police station.

Chon and Thuan were hiding at a motel in Dong Thap Province when they were arrested by police.