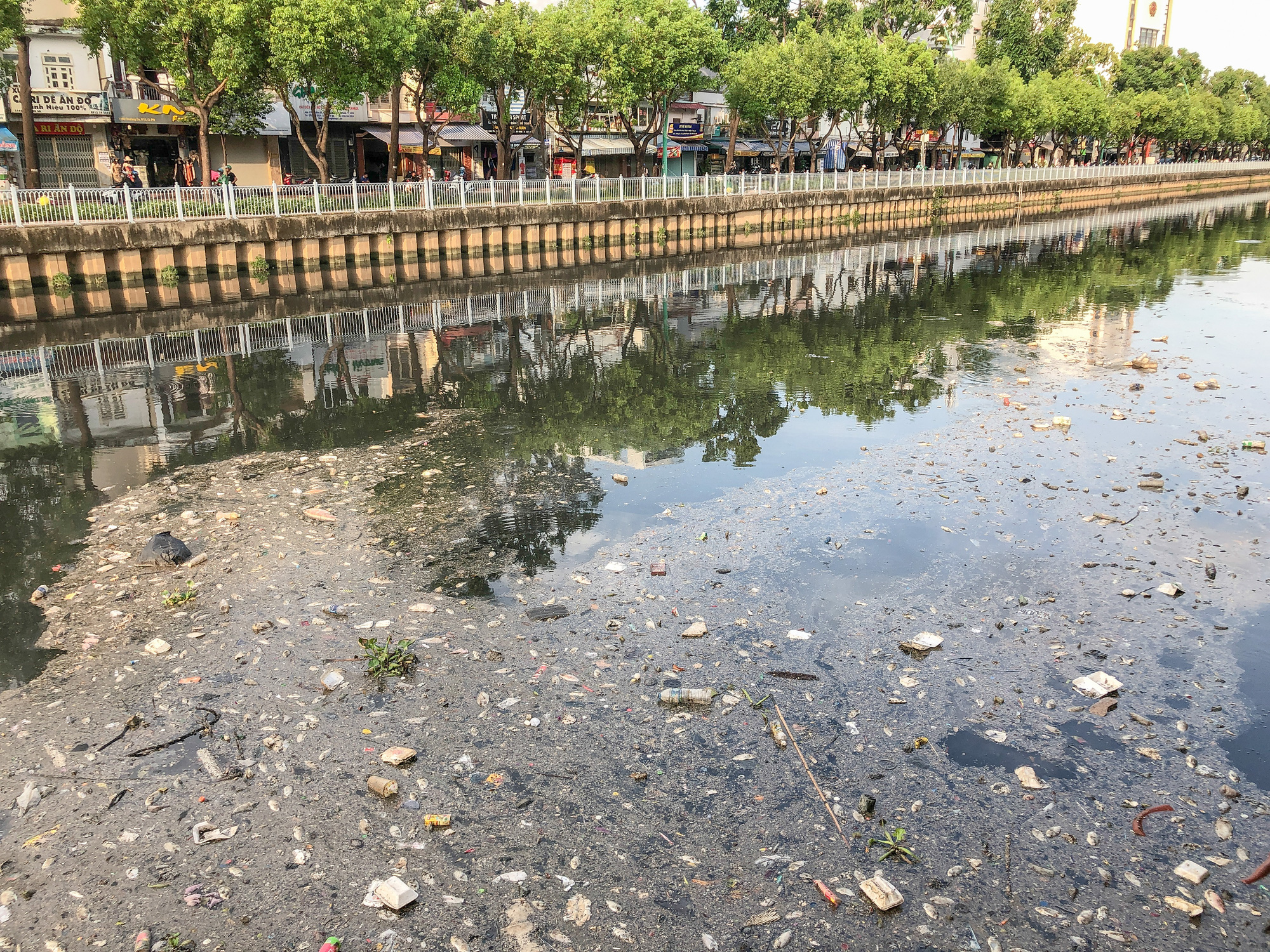 Fish died en masse along an iconic canal in Ho Chi Minh City once again on Sunday after the city was hit by a heavy unseasonal rain.

A large amount of tilapia and carp went belly up along Nhieu Loc - Thi Nghe Canal, causing an unpleasant smell, according to the observation of Tuoi Tre (Youth) newspaper reporters.

The situation was exacerbated by garbage in the waterway.

The phenomenon was most serious along the section between Le Van Sy Bridge in District 3 and Bridge No. 1 in Tan Binh District.

“Only a few fish died in the morning," said Hoang Nguyen Tuong Vy, who resides near the canal in Tan Binh District.

"Following the downpour in the afternoon, the number of dead fish increased significantly.”

Multiple environmental staff were tasked with salvaging the dead fish and cleaning up the canal.

The phenomenon is not uncommon as it often occurs whenever the city is hit by a heavy unseasonal rain during the dry season.

Local authorities have tried to regenerate fish resources and purify polluted areas with chemicals, but the situation still recurs every year.