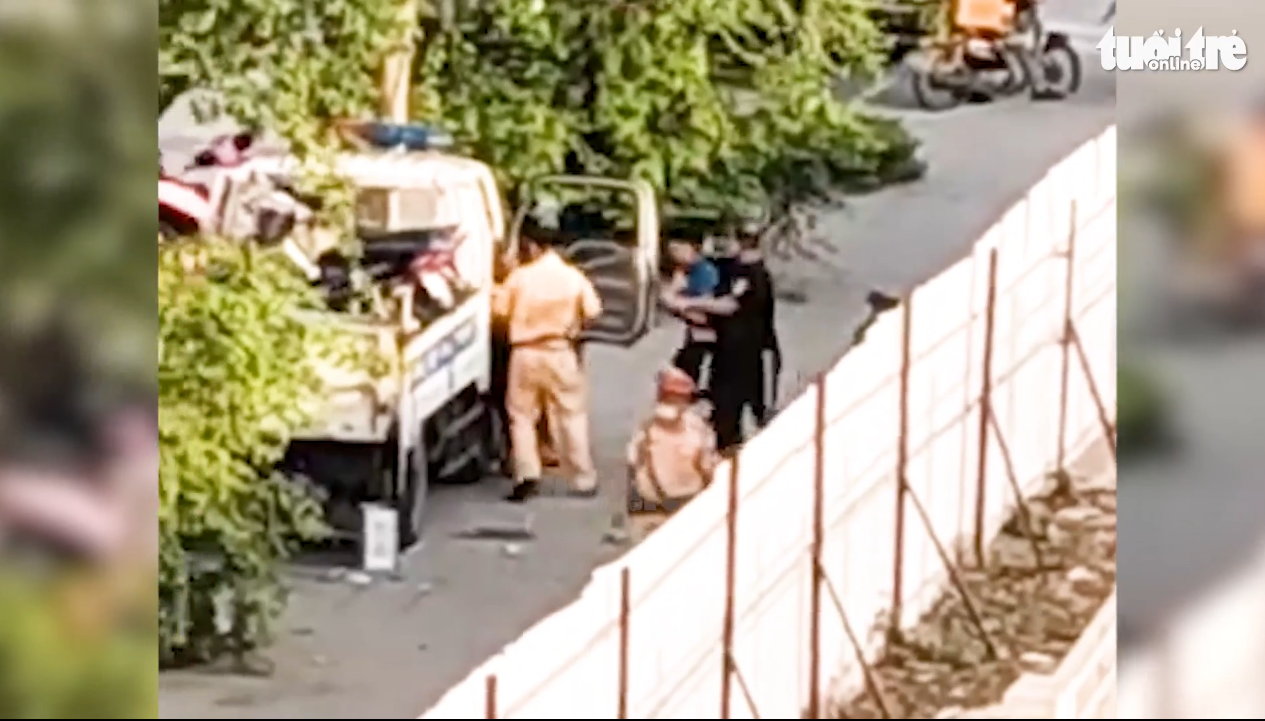 A traffic police officer in Hanoi has been caught on camera grabbing a man by the hair and punching him before escorting him to the local police station.

The video clip, which lasts about 40 seconds, went viral after being uploaded to social media by a local resident on Wednesday.

In the footage, a traffic police officer grabs a man by his hair and repeatedly punches him before taking him to the police station on his police vehicle.

During an interview with Tuoi Tre (Youth) newspaper on Thursday, an official of the traffic police division under the municipal Department of Public Security verified some information regarding the incident.

According to the official, a team of traffic police officers was on duty along a section of National Highway No. 32 in Bac Tu Liem District on Wednesday afternoon.

At around 4:00 pm, the officers pulled over two men on a motorbike after they violated traffic regulations.

Tong Van Chua, 29, who rode the motorcycle, failed to present his vehicle registration paper, while a test revealed that his alcohol concentration was 0.705 milligrams per liter of breath, rendering him to break the drunk-driving law.

The motorbike did not have a left rear-view mirror in accordance with regulations.

Chua was booked for the three violations and his vehicle was impounded.

Vu Khac Viet, 22, who was riding pillion, began insulting the officers and prevented them from taking the motorcycle away.

He kept refusing to cooperate despite the policemen’s explanation.

Viet was eventually apprehended and escorted to the local police station.

He then apologized to the officers for his wrongdoing and wrote a commitment promising not to repeat such an action.

A suitable penalty will be imposed if any wrongdoing is detected.