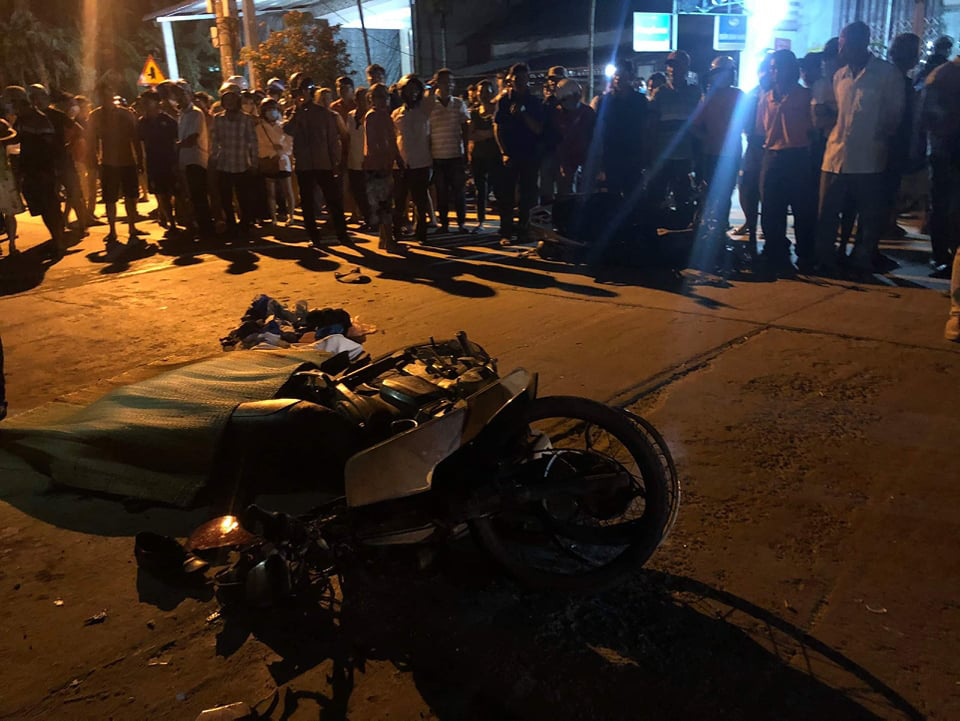 Two people died on the spot and three others were injured after a car swept through multiple motorbikes in the central Vietnamese province of Quang Nam on Friday night.

Police in Quang Nam’s Dai Loc District said that at around 7:00 pm in the same evening, a seven-seater car with a license number registered in the province crashed into four motorbikes on the section of DT 609B Street passing through Dai An Commune.

After the accident, the car ran straight into the yard of a house in Phu Hoa Village.

At the scene, one motorcycle was under the car and three others lied on the road, both badly damaged.

Two female victims died instantly at the scene while three other people had to be hospitalized.

Both the identifications of car driver and the five victims have remained unknown.

The Dai Loc police officers blocked and examined the scene.

According to witnesses, the car was running at high speed before the accident.