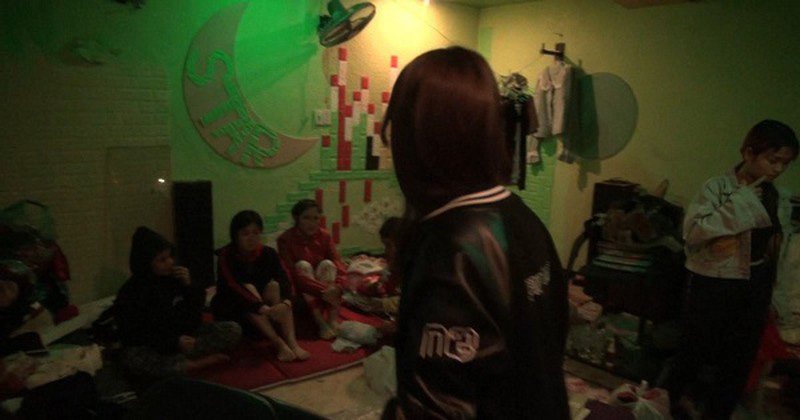 Police in the central Vietnamese province of Quang Ngai have rescued eight women from a local karaoke shop who were forced to become sex workers.

The provincial Department of Public Security confirmed on Monday they had freed the victims being held at the Hoang Gia karaoke parlor in Nghia Thuong Commune, Tu Nghia District.

Officers initiated their investigation into the case after receiving a report from Ho Van L. in Tra Bong District, who said his daughter – Ho Thi N. – and her female friend had headed to Tu Nghia District to find a job.

The two girls landed a job at Hoang Gia but were forced to sexually serve customers.

N.’s friend managed to escape, but N. was still detained by her employer.

On April 9, police raided the karaoke parlor, which was run by 27-year-old Pham Ngoc Tien.

Another man named Pham Cong Dat was in charge of managing the shop’s female employees.

Officers found eight girls who were held in custody at the venue. Many bruises and injuries were discovered on their bodies.

According to the victims’ statements, Tien tasked Dat with supervising them and transporting them to local hotels to have sex with customers.

All money from the prostitution activities was collected by Tien.

The girls were beaten and threatened if they refused to work as prostitutes.

Preliminary information showed that Tien had been operating his illegal racket since February.

The victims have been brought to the local medical center for a health check and injury evaluation.

Tien has been arrested to facilitate police investigation.