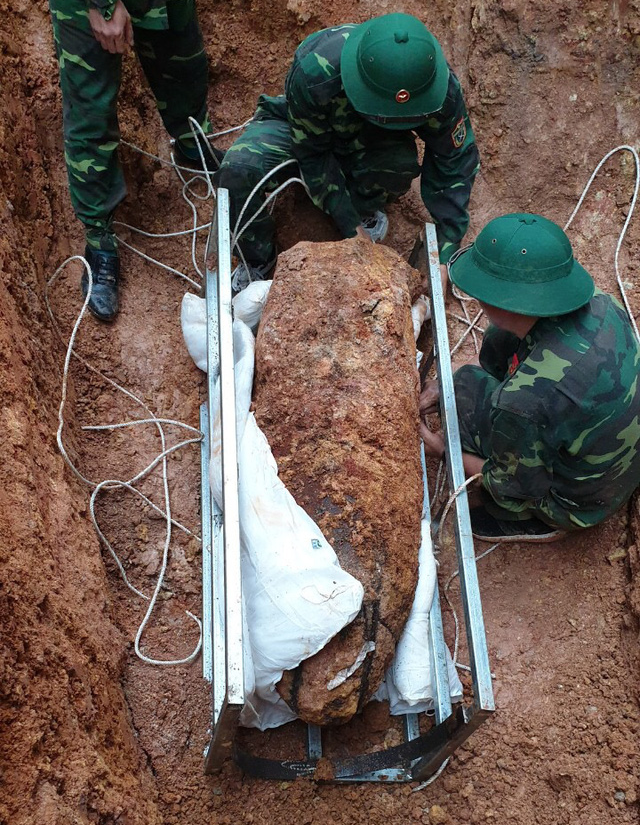 Military officers in the northern Vietnamese province of Vinh Phuc have finished moving a 340-kilogram bomb away from a residential area.

The bomb was previously found by construction workers as they were digging the foundation to build a house at 67 Ton Duc Thang Street on April 20.

Prior to the removal, 436 households with 1,658 people living within the 500-meter radius were evacuated to ensure their safety.

They were asked to temporarily stay at a local middle school.

Military officers began removing the bomb at 6:00 am and took it to Dinh Mountain, about three kilometers away.

The entire process was carried out safely as previously planned, the ward official stated.

Unexploded ordnance, the legacy of the American war in Vietnam, is often found across the country.

The army is always mobilized to deal with such unexploded bombs.