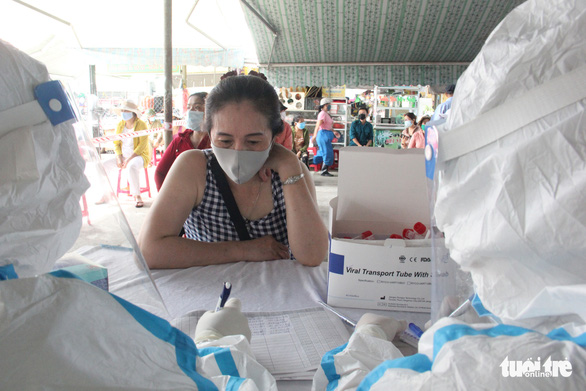 More than 100 local coronavirus infections were registered in Vietnam on Friday, ten of them detected at two hospitals in Hanoi, the Ministry of Health said in a report.

The health ministry recorded a total of 104 domestic COVID-19 cases on the day, the second-steepest daily spike in this fourth wave that erupted on April 27.

Ten of the cases were reported at two hospitals in Hanoi, including eight at the Vietnam National Cancer Hospital and two at the Dong Anh District branch of the National Hospital for Tropical Diseases.

All of the new patients were logged in locked-down areas and isolated hospitals, the health ministry specified.

On Monday, the ministry announced 125 additional domestic cases, a record high since the country was first struck by the novel coronavirus on January 23, 2020.

Vietnam has recorded 3,816 local and imported coronavirus infections so far, including 2,657 recoveries and 35 deaths, according to the health ministry’s data.

Local cases account for 2,357 while 1,459 of the infections were imported from overseas.

The nation has confirmed 788 domestic cases since April 27, when it logged the first locally-infected patient after having gone about a month without detecting any community transmission.

Ho Chi Minh City has detected merely one case in the ongoing outbreak.

Health workers have conducted 462,707 coronavirus tests in this wave, whereas 83,415 people are being quarantined after entering Vietnam from outbreak-hit regions or coming into close contact with infected patients.

Vietnam, whose population is around 97 million people, has administered 959,182 coronavirus vaccine shots since it rolled out mass vaccination on March 8.