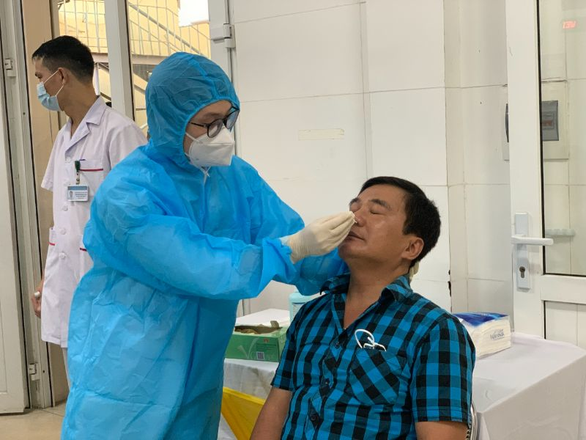 Over 1,200 local coronavirus infections registered in Vietnam in 3 weeks

Health authorities in Vietnam have detected more than 1,200 domestic coronavirus cases in the past three weeks, with medical experts, police officers, and soldiers having been sent to help with containment efforts in northern epicenters.

The Ministry of Health confirmed a combined 65 local COVID-19 cases on Monday afternoon, most in Bac Giang and Bac Ninh Provinces, located in the northern of the country.

All of the new infections were detected in quarantined or sealed-off areas, the ministry said.

Vietnam has logged 1,205 domestic coronavirus infections in 26 provinces and cities since April 27, when a fourth wave broke out after the country had spent roughly a month detecting no community transmission, according to the health ministry’s data.

Health experts have said this round is far more serious than previous waves because patients have been discovered contracting the highly contagious ‘double-mutant’ Indian variant, which has dealt a blow to India in the past few weeks.

By comparison, Vietnam detected 910 domestic cases in the third wave from January 28 to March 25.

A dozen hospitals have been isolated over their links to many cases in this fourth wave.

About 300 police officers were seconded on Monday from Hanoi to Bac Giang for help with COVID-19 prevention and control.

Statistics showed that 152 patients had been found among almost 100,000 workers at the industrial park.

Vietnam has reported 4,242 local and imported cases since the pathogen first emerged in the nation on January 23, 2020, including 2,668 recoveries and 37 virus-related deaths, according to the health ministry’s data.

The government had administered above 979,000 vaccine shots, mostly to medical personnel and other frontline workers, by Sunday, the health ministry said in a post on its verified Facebook page on Monday morning.

More than 22,500 have been given two vaccine shots.