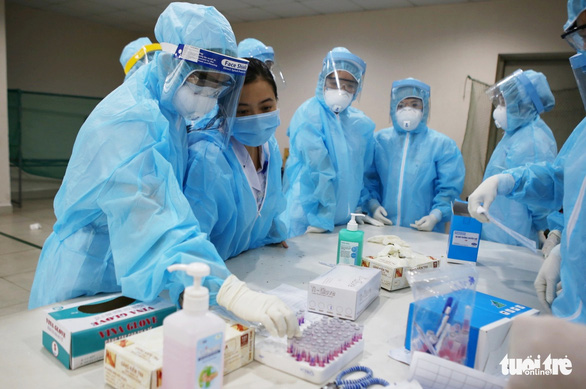 One hundred and twenty-one of the cases were recorded in Bac Giang Province while 91 were reported in Bac Ninh Province, the health ministry said in a report.

Both northern provinces are home to many industrial parks where workers have tested positive in droves.

Hanoi detected 16 new patients, including one case at the National Hospital for Tropical Diseases.

The health ministry announced 59 recoveries on Wednesday, bringing the total number of recovered patients to 2,853.

It also confirmed a virus-related fatality, a 67-year-old woman with many underlying conditions.

Vietnam has battled the COVID-19 pathogen’s re-emergence since April 27, with 3,028 community transmissions having been reported in 30 out of 63 provinces and cities.

Only eight patients have been recorded in Ho Chi Minh City in this bout.

Vietnam has detected 6,086 cumulative COVID-19 cases, including 4,597 local infections, since the virus emerged in the country on January 23, 2020, according to the Ministry of Health’s data.

The current round has seen 10 patients pass away, with the remaining 35 deaths reported last year.