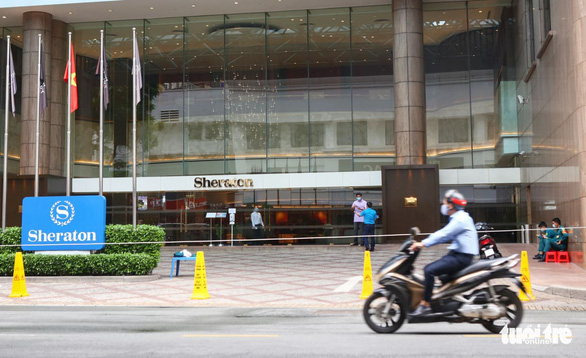 Three people had their retests return positive for COVID-19 on Thursday morning after having tested positive once on Wednesday night, the HCDC said in a report.

Two of them are a married couple living in Thanh Loc Ward, District 12 while the other is residing in Hoc Mon District and works in Phu Nhuan District.

The three belong to Revival Ekklesia Mission, a Christian congregation based in Go Vap District.

Ten other members of the sect have tested positive for the virus once, the HCDC said, regarding them as suspected cases.

One of them is a cook at Sheraton Saigon Hotel & Towers in District 1.

Twenty-seven members of the sect living in seven districts have been found and sent to centralized quarantine centers in association with the 13 confirmed and suspected cases.

Health workers are tracing their contacts for quarantine and testing.

Vietnam has been fighting the COVID-19 pathogen’s re-emergence since April 27, with 3,052 community transmissions having been reported in 30 out of 63 provinces and cities.

Eleven patients, including the three Revival Ekklesia Mission members, have been recorded in Ho Chi Minh City in this bout.

Vietnam has detected 6,111 cumulative COVID-19 cases, including 4,621 local infections, since the virus emerged in the country on January 23, 2020, according to the Ministry of Health’s data.

The three new cases in Ho Chi Minh City have not been counted in this tally.

The current round has seen 10 patients pass away, with the remaining 35 deaths reported last year.

Vietnam has administered 1,034,867 coronavirus vaccine shots to medical staff and other frontline workers.

A total of 28,522 people have been given a full two-dose course.