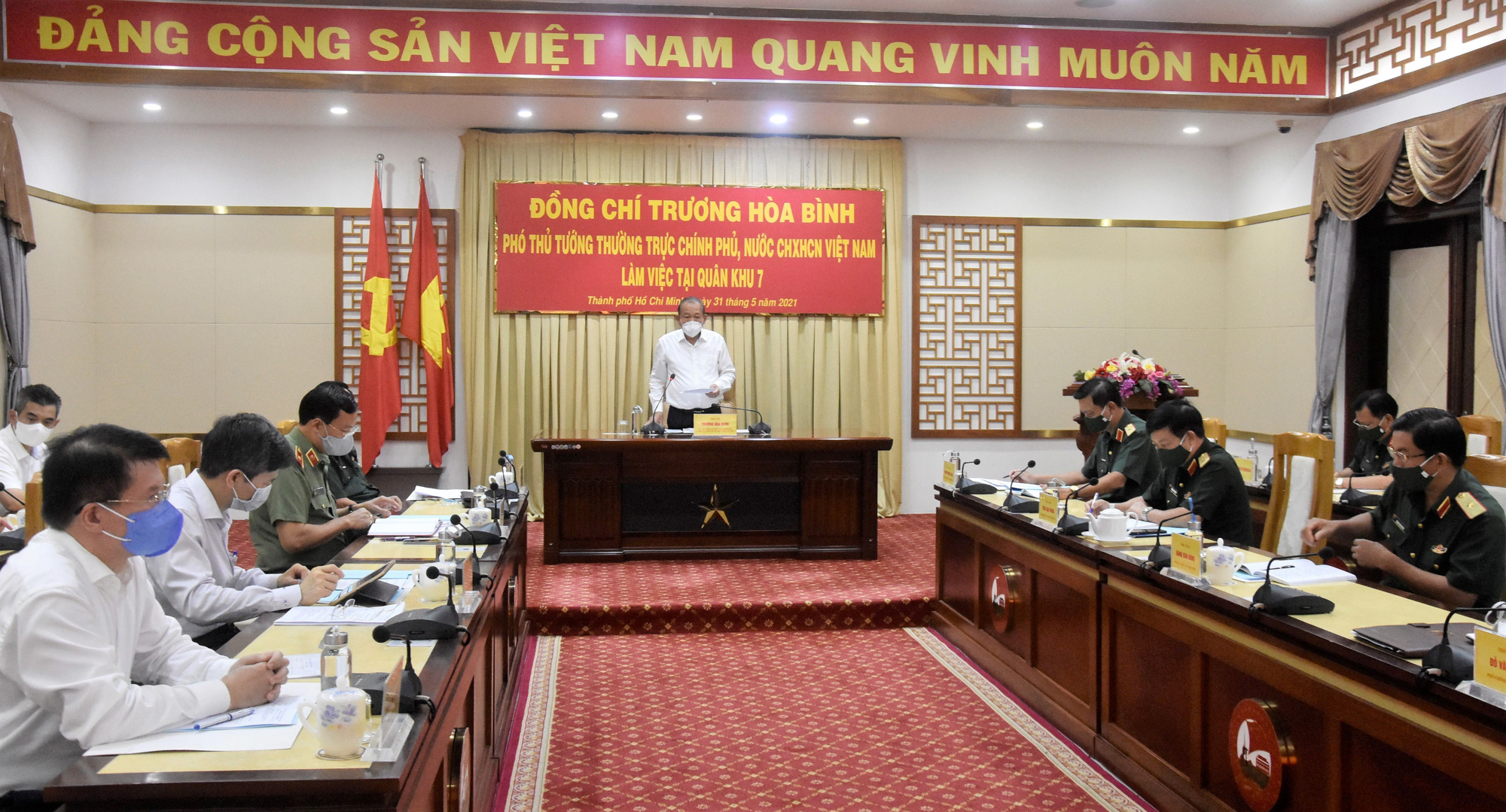 Ho Chi Minh City has prepared treatment plans for the worst-case scenario in which 5,000 COVID-19 patients would be recorded, according to deputy director of the municipal Department of Health Tang Chi Thuong.

In his report to the deputy premier, Thuong stated that more than 220 patients were being treated in the city, of whom one was in bad health while the rest were in stable conditions.

The metropolis currently has two makeshift hospitals for COVID-19 treatment in outlying Cu Chi and Can Gio Districts with a combined 900 beds.

Aside from treating over 220 patients, the two infirmaries have also received over 3,000 people for quarantine since March.

Local authorities have prepared for the worst-case scenario in which 5,000 coronavirus patients would be recorded in the city, Thuong stated.

More than 1,900 beds, including 200 resuscitation beds with ventilators and ECMO systems, are currently available at major hospitals.

The city has also prepared treatment plans for the scenario where 20 percent of patients would be seriously ill.

Regarding vaccination, Duong Anh Duc, vice-chairman of the municipal People’s Committee, stated that the city is facing difficulty in finding a sufficient supply of vaccine shots.

The government and the Ministry of Health need to expand vaccine procurement mechanisms, Duc added.

Aside from target groups, the city needs to vaccinate workers at local industrial parks and staff members working at quarantine facilities, he added.

Vietnam has documented 7,432 COVID-19 cases as of Tuesday morning, with 3,043 recoveries and 47 deaths, according to the Ministry of Health.

The country has recorded 4,357 local infections in 36 provinces and cities since April 27.

Ho Chi Minh City has detected 208 cases during this period, of which 200 are linked to a cluster at Revival Ekklesia Mission, a Christian congregation based in Go Vap District.

Social distancing measures were reinstated in the metropolis from 0:00 on Monday and will last 15 days.