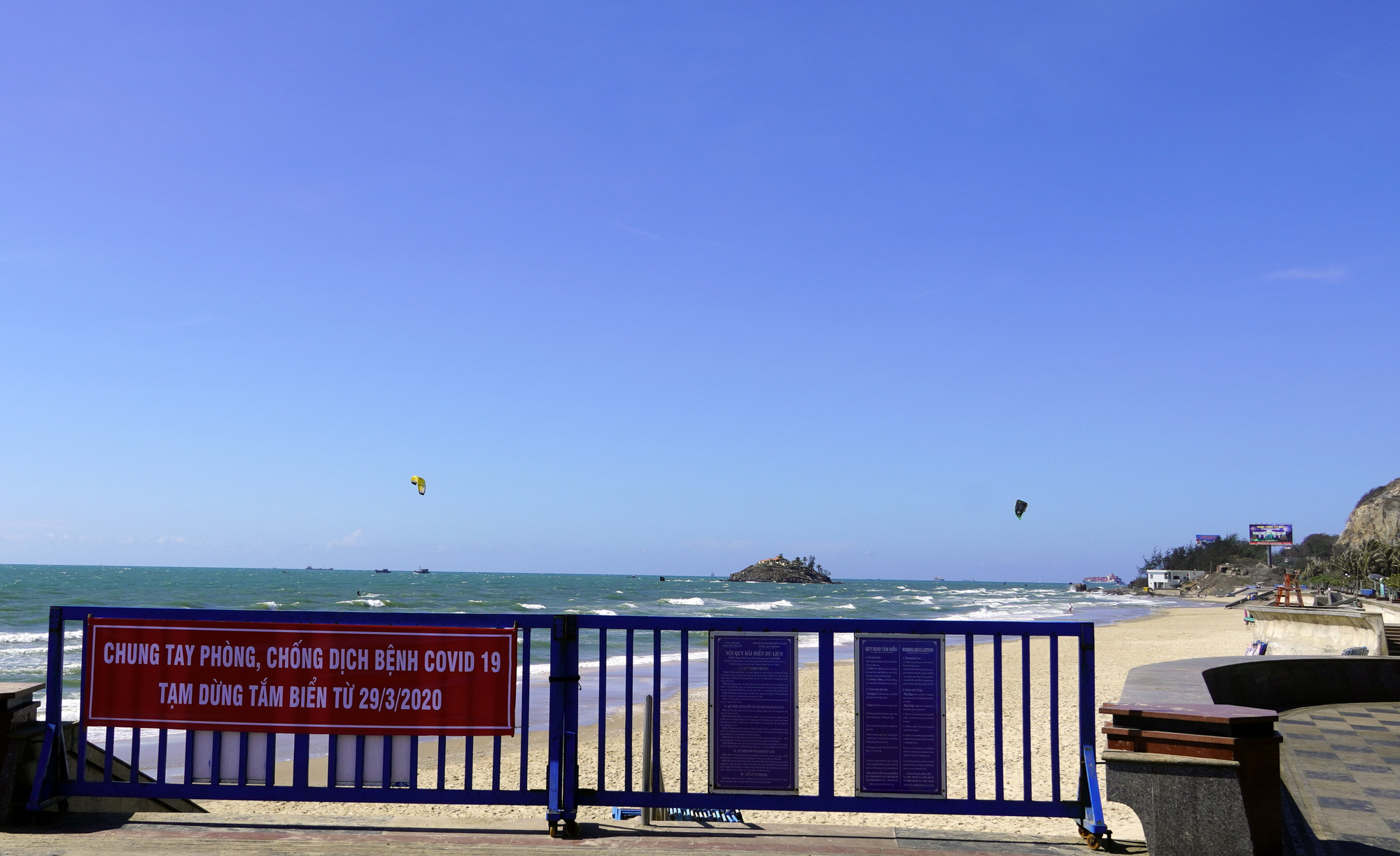 Authorities in Ba Ria - Vung Tau Province, home to popular beaches in southern Vietnam, have barred all people from going to the beach from 12:00 pm on Tuesday to curb the COVID-19 pandemic even though it has detected zero infections in the country's ongoing fourth wave.

This is the second time the provincial authorities have prohibited swimming at local beaches after the first beach closure at the end of March last year, when Vietnam battled a serious outbreak.

In addition, local officials have also suspended passenger transportation services by road and waterway to Ba Ria - Vung Tau from and through virus-hit areas and vice versa.

Only the waterway freight route to Con Dao Islands, which is around 180 kilometers off the province's shore, is allowed to operate with the number of workers aboard ships restricted.

The People’s Committee of Ba Ria - Vung Tau also required grassroots-level bodies to effectively deploy checkpoints at the gateways to the southern province.

Officers stationed at these checkpoints will inspect all arrivals to the province and have them perform health declaration as required.

The Ministry of Health confirmed 50 new COVID-19 cases nationwide at noon on Tuesday, all domestically detected.

The infections have taken Vietnam’s patient tally to 7,482, including 47 deaths, since the pandemic appeared in the country in early 2020.

Since April 27, when the pandemic’s fourth wave began in Vietnam, 4,407 patients have been documented across the Southeast Asian country.

In Ho Chi Minh City, 208 community cases have been confirmed since May 27, most traced to Revival Ekklesia Mission, a Christian congregation based in Go Vap District.

About 100 kilometers from the center of Ho Chi Minh City, Ba Ria - Vung Tau has recorded no local COVID-19 cases since April 27.