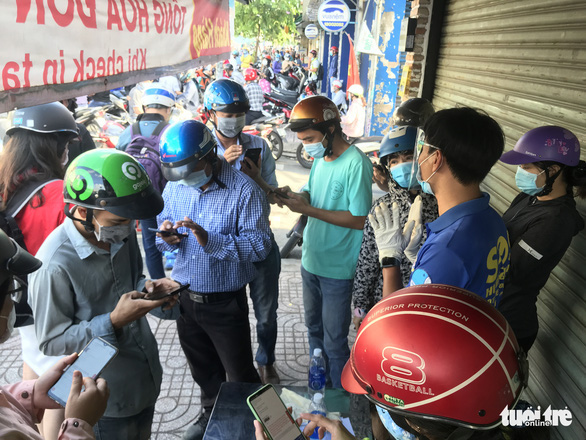 As COVID-19 transmission is on a steep rise in Vietnam, the country’s Ministry of Health has endorsed a new directive that seeks to force adoption of medical screening and contact tracing applications on smart devices.

According to the directive, individuals who own smartphone devices but fail to install medical declaration apps as required by law will be subjected to a fine.

The stipulation has raised various concerns due to its feasibility and conflicts with existing laws.

However, as the law stipulated, officials are not allowed to require residents to hand over their phones to monitor app installation.

An official at the Ministry of Health vouched for the new regulation as a stimulus for adoption of medical declaration apps among the public, he told Tuoi Tre (Youth) newspaper.

For the time being, medical declarations have been established as a must in public spots, including airports, tourism sites, and hospitals, among others.

The process has been streamlined so that all smartphone users can pick up with ease.

“We are also skeptical about the feasibility of this stipulation, but it is a step that needs to be taken during the pandemic,” the official stated.

According to the ministry, there are currently three mobile applications, including tokhaiyte.vn, NCOV, and Bluezone, that are approved for medical declaration.

The health authority requires all residents to install these apps, file medical declarations, and generate a personal QR code to help with contact tracing in the future.

They also demand that residents open the contact detection app Bluezone and activate Bluetooth connection while they are in public spaces to detect risks of transmission in their vicinity.

People in quarantine or under health monitoring after leaving quarantine wards are obliged to install medical declaration and contact tracing apps.

They are encouraged to save their declaration details to their phone in the form of a QR code to support future attempts of contact tracing.

The directive details the process of contact tracing for public facilities, including hospitals and clinics, airports, and public transport vehicles.

The country has recorded 4,407 local infections in 36 provinces and cities since the fourth wave of transmissions began on April 27.