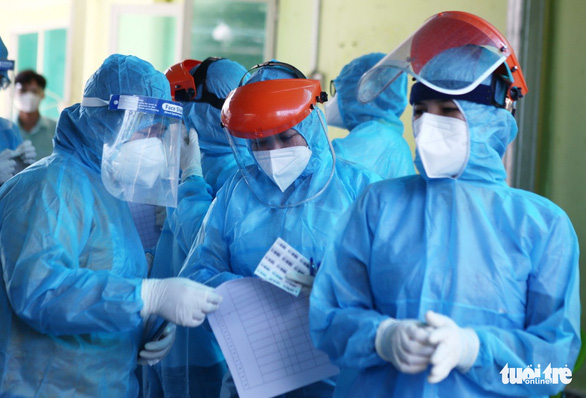 The health ministry announced 231 local cases in its evening update, including 228 detected in quarantine or sealed-off areas.

Twenty-eight of the infections in Ho Chi Minh City were traced to Revival Ekklesia Mission, a Christian congregation based in Go Vap District, which is largely isolated now, whereas contact tracing for the remaining two cases is underway.

Vietnam has logged over 200 patients daily for ten days in a row, according to the Ministry of Health’s data.

The Southeast Asian nation has documented 4,956 domestically-transmitted cases in 37 out of 63 provinces and cities since the fourth wave erupted in the country on April 27.

The overwhelming majority of the transmissions in Ho Chi Minh City were linked to the Revival Ekklesia Mission.

Thirteen of the provinces and cities have registered zero additional patients in the past two weeks.

Vietnam’s cumulative caseload has reached 8,063 patients as of Thursday night, including 6,525 domestic and 1,538 imported cases, according to the health ministry’s statistics.

A total of 3,085 patients have recovered from COVID-19 while 49 have died with many underlying medical conditions.

Vietnam has fought four virus rounds as yet, the latest being the worst.

The government has administered 1,110,111 vaccine shots to medical staff and other frontline workers since it rolled out mass vaccination on March 8.

A full two-dose course has been prescribed to 31,177 people in Vietnam.