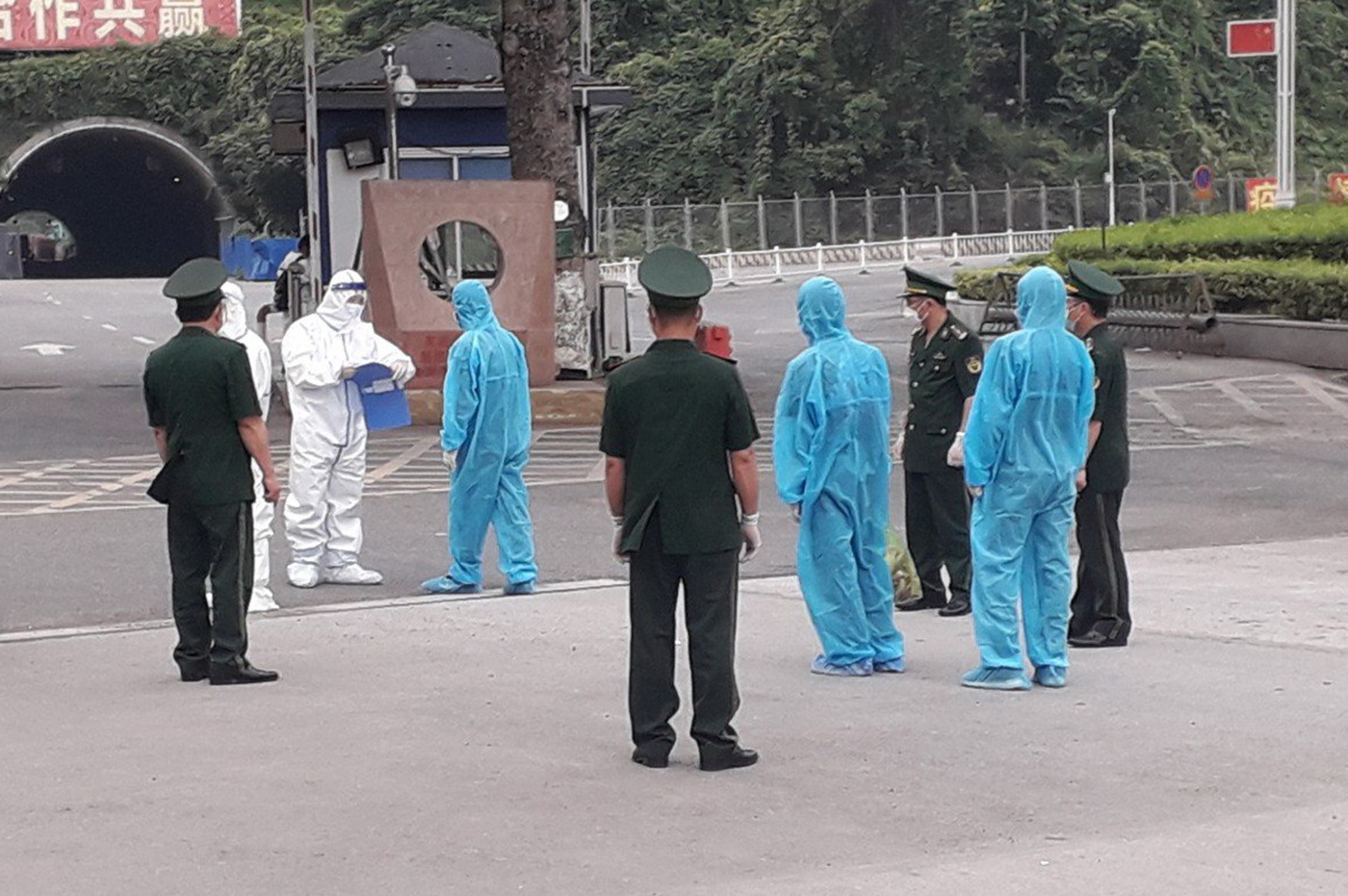 Three Chinese citizens, who had illegally entered Vietnam, were deported and handed over to the Chinese authorities, police in the south-central Vietnamese province of Phu Yen said on Monday afternoon.

Functional forces in south-central Phu Yen Province previously caught the three Chinese nationals when Pham Duy Anh, a 36-year-old Vietnamese driver from northern Phu Tho Province, was carrying them in a car through Phu Yen’s Song Cau Town at noon on May 7.

After failing to present their personal documents, the three Chinese admitted that they had found a service via the Internet to help them illegally migrate to Vietnam to find jobs and were instructed to go to a pick-up point in Nanning City, located in China’s Guangxi.

The trio followed the instruction and managed to cross the border to Vietnam on May 5.

Some unknown Vietnamese then transported them on motorbikes to Dong Anh District in Hanoi before Anh helped them continue the journey to Ho Chi Minh City.

After the three Chinese completed the required quarantine period for COVID-19 prevention and tested negative for the coronavirus three times, officials in Phu Yen applied sanctions on their administrative violations and coordinated with the Chinese authorities to return them to their home country.

Meanwhile, Anh was arrested and prosecuted by the Phu Yen police for “organizing illegal immigration."

The Vietnamese Ministry of Health confirmed 76 new COVID-19 cases and one virus-related fatality nationwide at noon on Tuesday, which have taken the country’s tally of patients to 9,103, including 3,509 recoveries and 54 deaths, since early 2020.

The country has recorded 5,951 local infections in 39 provinces and cities since April 27.