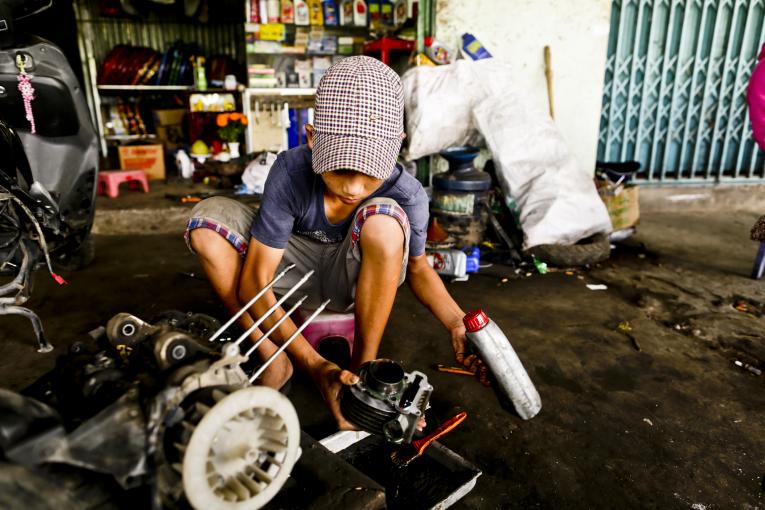 COVID-19 could result in a rise in poverty and therefore to an increase in child labor as Vietnamese households are forced to use every available means to survive, the International Labor Organization (ILO) and the United Nations International Children's Emergency Fund (UNICEF) have warned.

The number of children in child labor has risen to 160 million worldwide – an increase of 8.4 million children over the last four years – with millions more at risk due to the impacts of COVID-19, according to a new report by the two organizations.

The report, entitled ‘Child labor: Global estimates 2020, trends and the road forward’ and released on Thursday, warns that progress to end child labor has stalled for the first time in 20 years, reversing the previous downward trend that saw child labor fall by 94 million between 2000 and 2016.

The report points to a significant rise in the number of children aged 5 to 11 years in child labor, who now account for just over half of the total global figure.

The number of children aged 5 to 17 years in hazardous work – defined as work that is likely to harm their health, safety or morals – has risen by 6.5 million to 79 million since 2016.

The report warns that globally, nine million more children are at risk of being pushed into child labor by the end of 2022 as a result of the pandemic.

A simulation model shows this number could rise to 46 million if they do not have access to critical social protection coverage.

In Vietnam, the ILO estimated in April that between 4.6 and 10.3 million workers may be affected by the pandemic.

As estimated, over one million children between 5 and 17 years old are already engaged in child labor in Vietnam, more than half of them are in hazardous work.

As the pandemic wreaks havoc on family incomes, these children are now at even greater risk of working longer hours or under worsening conditions.

This is further evidenced by that many children did not return to school when they reopened in May of this year.

“I know from speaking with schools, particularly in rural areas, that some children have simply not returned. Those children are aged just nine or ten years and they are now working full time,” said Rana Flowers, UNICEF representative in Vietnam.

“This is hazardous, and it makes them more vulnerable to other protection concerns, including trafficking.”

“Immediate actions must be taken to protect children from labor abuse and to uphold national efforts to prevent and eliminate child labor,” said Chang-Hee Lee, country director of ILO Vietnam.

“Social protection plays a significant role in times of crisis as it provides assistance to the most vulnerable.”