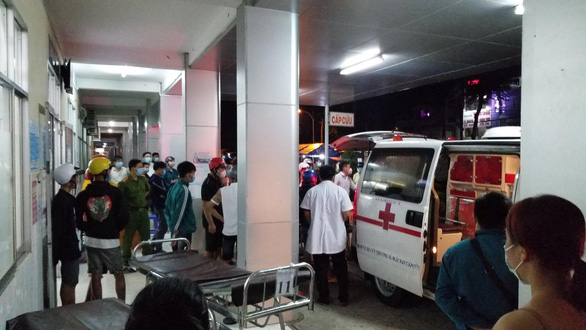 A criminal gang from southern Vietnam has been nabbed after fatally attacking a 25-year-old man, then storming the hospital to pounce on the victim and his friends.

According to a preliminary inspection, L., 25, was on a motorbike driven by his friend when a young man attacked him with a sharp weapon from behind.

L. was promptly sent to Sa Dec General Hospital in the southern province's Sa Dec City in an ambulance, but he was pronounced dead upon arrival.

As the automobile arrived at the hospital, a group of armed youths also showed up, shoving the guards aside and confronting L.’s friends in the ER ward that the victim was sent to.

Two of the friends were lacerated multiple times in the back, but these wounds were not fatal, according to doctors at Sa Dec General Hospital.

Tran Tan Phuc, 30, the main suspect in the rampage, was subsequently arrested.

Phuc admitted that he had a feud with L., which urged him to team up with friends to storm the hospital after knowing the victim was there.