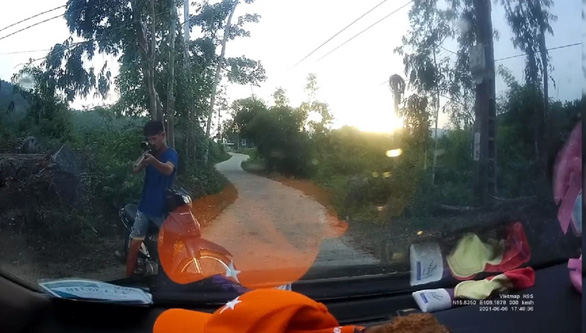 Vietnamese police are investigating a recently submitted video where a car driver was held at gunpoint by a man toting a homemade firearm.

The two-minute dashcam footage, recorded at 5:47 pm June 6, shows a man blocking a narrow path with his motorbike, pointing an improvised gun to a car and rebuking the driver.

Further conversation caught on camera suggested that the car had previously sideswiped the gun-toting man’s motorbike, making him fall to the road.

As seen from the video, the motorbike rider exhibited signs of intoxication, while the car driver repeatedly apologized for the collision.

The gunman is a local resident, but he is currently absent from the locale, causing the investigation to be stalled, Que Son District police stated.