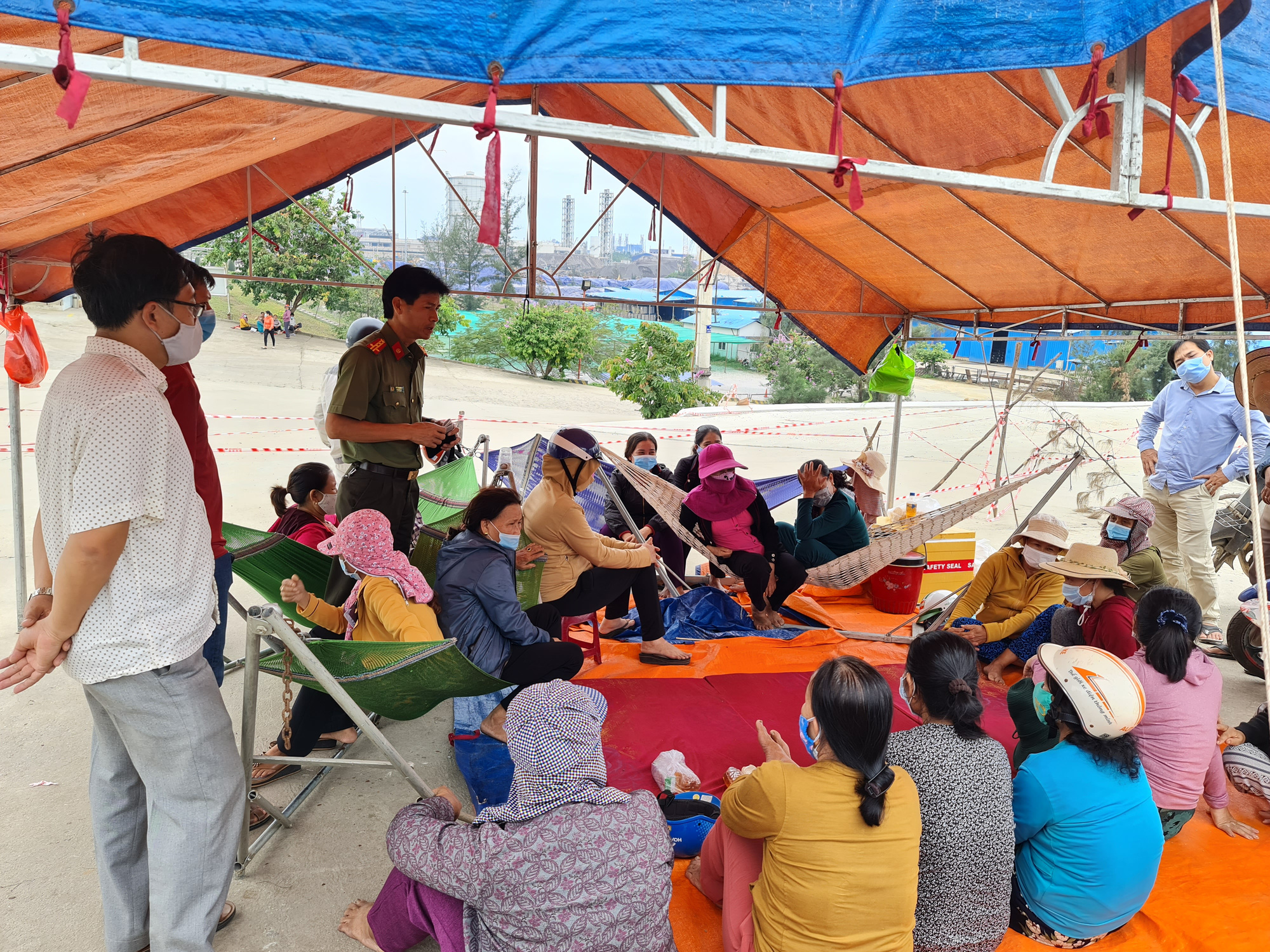 Many residents barricaded the entrance of a steel plant in the central Vietnamese province of Quang Ngai last week to show their objection to serious environmental pollution.

The entrance of the Hoa Phat Dung Quat steel plant had been blocked for over a week before chairman of the provincial administration Dang Van Minh convened a meeting with residents in Binh Thuan Commune, Binh Son District on Saturday to listen to their complaints.

Chairman Minh and his delegation also examined the pollution at the houses of affected residents.

Locals stated they could no longer stand the noise and dust coming from the operation of the steel plant, as well as the construction of the project’s second phase.

The Hoa Phat Dung Quat steel plant project was initiated in late 2017 and was put into trial operation over a year ago.

The construction of the project’s second phase recently began on a 115-hectare area.

Approximately 340 households are directly affected by the project, of which 70 have already been relocated to other areas.

The others were supposed to move to the local Van Truong resettlement zone three years ago, but the construction of the area has yet to begin.

At the meeting, chairman Minh extended his apologies to affected residents and promised that the construction of the resettlement project will start by October and finish a year later.

In the meantime, the chairman required the developer of the Hoa Phat Dung Quat steel plant to provide monetary support for affected residents so that they can find a temporary place to stay.

The construction of the project’s second phase must also be halted until all residents are relocated.