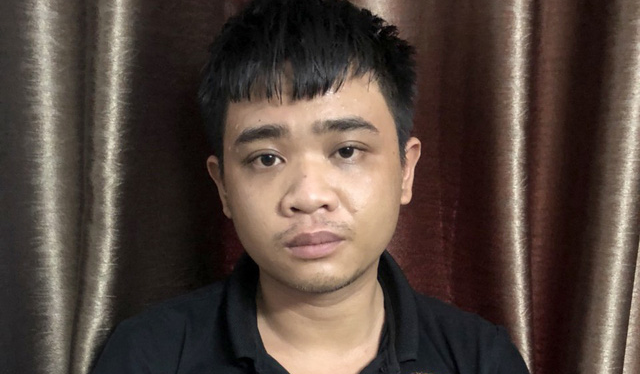 Police in District 12, Ho Chi Minh City said on Monday that they had arrested a man forrobbing a convenience store with a BB gun last week.

According to initial information, Ly Ngoc Trieu Phuong, 21, hailing from Binh Thanh District, came to a convenience shop on Dong Hung Thuan 2 Street in District 12 and pretended to buy a bottle of water and a carton of milk early on the morning of June 23.

At the counter, Phuong asked to buy a top-up phone card and when the cashier was busy scanning the goods, he put a BB gun to the cashier’s head to demand VND1 million (US$43).

Receiving the report on the robbery, police in District 12 launched an investigation into the case and managed to arrest Phuong at a hotel in the same district three days later.

Police officers also seized a BB gun and a bag containing bullets and drug paraphernalia at the scene.

Phuong later tested positive for drugs and was found to have two records of illegal use of drugs and intentionally causing injuries to other people.

The man is under further investigation on a robbery charge.