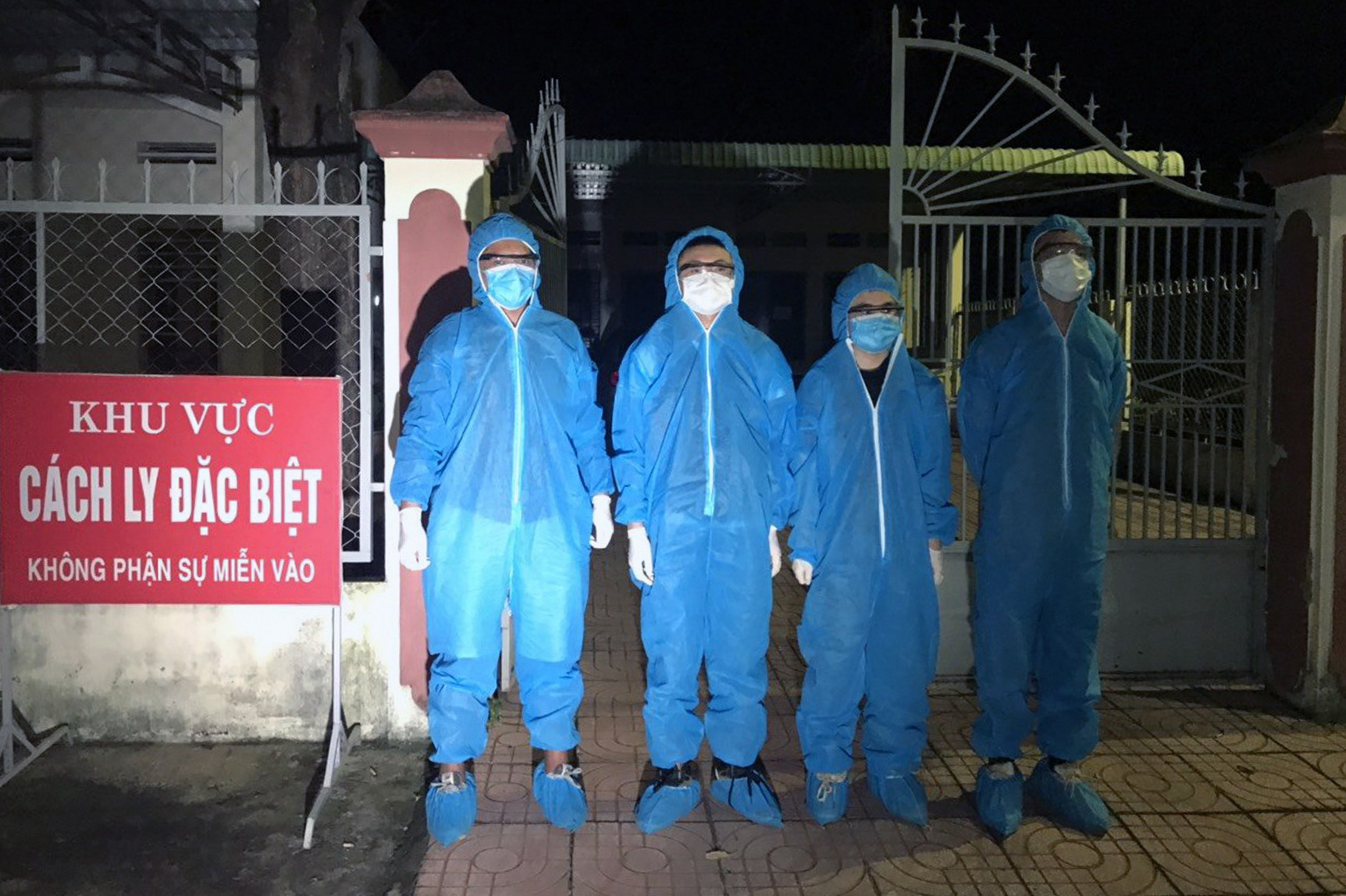 Police in the southern Vietnamese province of Binh Phuoc said on Friday that they had arrested four Chinese nationals who made illegal entry into Vietnam, thanks to reports from some local residents.

Hung Chien Ward's police officers then came to inspect the four strangers and found that they are Chinese.

After detaining the four Chinese people, the officers discovered an allegedly-related four-seater car parked in the same neighborhood.

Upon the functional forces’ inspection, the car driver, 42-year-old Tran Van Toan hailing from southern Kien Giang Province, said that an unknown person had hired him to come to Hung Chien Ward from southern Binh Duong Province to pick up the four Chinese.

The driver and the Chinese group later tested for COVID-19, with all of their results returning negative.

They have been sent to a centralized quarantine facility in the locality.

This is not the first time police in Binh Phuoc have detected cases of Chinese people entering Vietnam illegally.

They have arrested more than 70 Chinese people in over ten cases of unlawful entry since the beginning of this year.

The border jumpers, aged between 16 and 30, came from the Chinese provinces of Guangdong, Guangxi, Fujian, and Hunan.

The majority of them said that they had made illegal entry into Vietnam from the northern border region, before traveling by road to southern provinces, taking a car to Binh Phuoc and seeking to travel to Cambodia to find work.