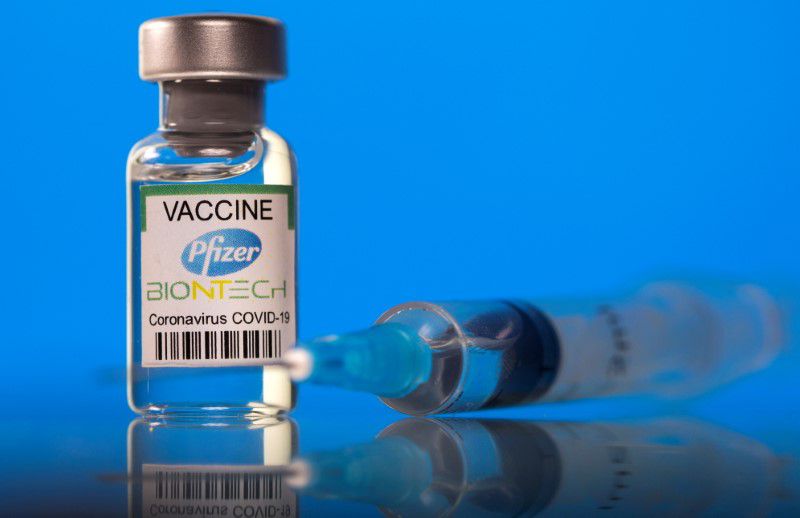 97,000 Pfizer/BioNTech vaccine doses to arrive in Vietnam on July 7

The first batch of Pfizer/BioNTech vaccine with 97,000 doses, part of the 31 million shots Vietnam has purchased, will arrive in the country on Wednesday, according to a source close to Tuoi Tre (Youth) newspaper.

Upon their arrival at Noi Bai International Airport in Hanoi, the vaccines will be transferred to the National Institute of Hygiene and Epidemiology for preservation.

It is expected that after the first shipment, the next batches of COVID-19 vaccine developed by American firm Pfizer and Germany BioNTech Inc. will be shipped on a weekly basis so that Vietnam can receive a total of three million shots in the third quarter.

The remaining 28 million doses will be delivered in the fourth quarter.

The delivered vaccines will be prioritized for early distribution to the hardest-hit localities, according to a leader of the General Department of Preventive Medicine under the Vietnamese Ministry of Health.

In May, the Vietnamese government negotiated and signed a contract with Pfizer to purchase 31 million doses.

On June 12, the Ministry of Health approved the vaccine for domestic emergency use.

It has approved AstraZeneca, Pfizer/BioNTech, Sputnik V, Moderna, and Sinopharm vaccines for emergency use as yet.

According to the health ministry, nearly five million AstraZeneca COVID-19 vaccine doses have reached Vietnam, including about 2.5 million through the COVID-19 Vaccine Global Access (COVAX) Facility -- a global vaccine-sharing mechanism -- direct purchases via a local company, and donations by Japan.

In addition, the country has received 2,000 Sputnik V jabs donated by Russia and 500,000 Sinopharm doses gifted by China.

The nation targets to secure around 150 million doses this year to inoculate two-thirds of its population of about 98 million people, in order to achieve herd immunity.

A total of 3,903,105 shots have been administered across the country since inoculation was rolled out on March 8.

More than 226,800 people have finished their two-shot regimen.

As of Tuesday morning, Vietnam’s Ministry of Health has reported 21,312 cases, with 8,022 recoveries and 90 deaths.

The country has detected 17,871 local infections in 55 provinces and cities since a fresh outbreak started on April 27.